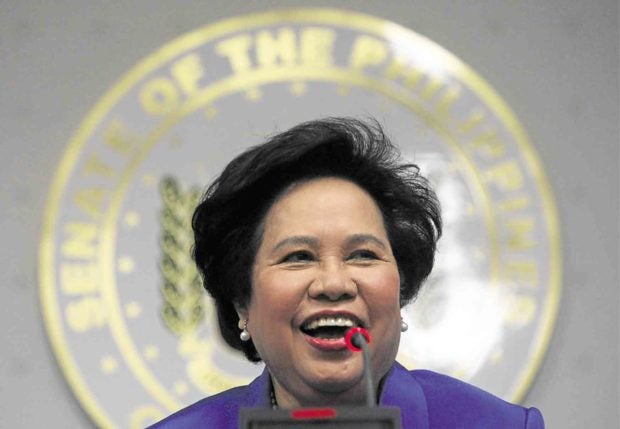 With almost two years since the death of Senator Miriam Defensor-Santiago, her youth supporters on Tuesday called on President Rodrigo Duterte to already confer her the Quezon Service Cross (QSC) Award.

In December 2017, Duterte nominated the QSC award to Santiago, who passed away on September 29, 2016. Both chambers of Congress – the Senate and the House of Representatives – have concurred in the posthumous conferment of the QSC award – the highest that the nation can bestow on a person for outstanding civilian service.

However, the award has yet to be given to the late senator since it is still pending with the Office of the President.

“We now humbly request His Excellency Rodrigo Roa Duterte to expedite the process and take the immediate and appropriate action to posthumously award the QSC to the late Miriam Defensor Santiago,” the Youth Reform Movement said in a statement.

“Right now, the disposition of the Filipino continues to be broken and dispirited, due to corruption in government, that only few can be trusted, thus, this act of the President may serve as a motivation for Filipinos to work excellently and honestly even if others will not.”

According to the group, “the deferral of giving this award turns to be so long and overdue.”

The group also said that it is “high time” to confer the award to Defensor in order to inspire the public to follow the footsteps of the late senator.

“It is high time we remind the Filipino of our shared destiny by awarding the republic’s highest honor to a pillar of academic excellence, professional competence, and moral integrity; and that the Filipinos may be inspired and move to follow suit,” the group said.

Defensor served all three branches of the government in her entire life of public service and was elected as a judge to the International Criminal Court.

She was known for her fearless manner of fighting corruption and her no-holds-barred privilege speeches at the Senate. /cbb