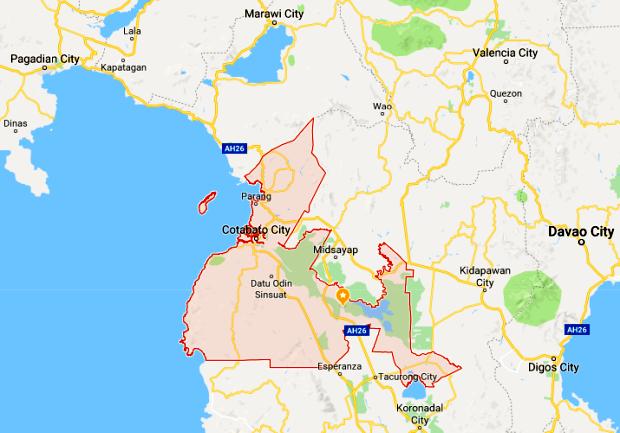 CAMP SIONGCO, Maguindanao — Three members of the Islamic State-linked Bangsamoro Islamic Freedom Fighters (BIFF) and a civilian were killed in a military operation that prevented a bombing attempt in North Cotabato.

Two BIFF members, believed to be behind the twin bombings in Isulan, Sultan Kudarat that killed five and wounded 48 others, were also arrested and are now undergoing tactical interrogation.

“Our information is that the BIFF under Abu Toraife will transport IEDs on board motorized banca via the Tunggol river,” Rosario told reporters.

At about 3 p.m. Friday, elements of 7th IB while patrolling the river bank of Tunggol river were fired at by about 10 gunmen who immediately fled.

Pursuing soldiers encountered another band of armed men, also from the BIFF, that triggered a 15-minute firefight in Barangay Dungguan, Datu Montawal, Maguindanao.

Encinas said the gunmen later fled but opened fire indiscriminately on the row of houses near the river bank.

Babay Dansalan died while undergoing treatment at a hospital in Kabacan.

Encinas said civilians in Barangay Dungguan told military ground troops that at 7 p.m. Friday, the remains of three BIFF members killed in the afternoon clashes and two injured rebels were fetched by armed men from the village using motorized boats.

Sobejana, also head of the military-led Task Force Central, said the Army is working with the local government of Datu Montawal in extending assistance to civilians injured when the BIFF strafed several houses as they fled.

“The Task Force Central has sustained its focused military operations targeting the suspects of Isulan IED bombings, to give justice on the civilian victims. Manhunt operation is also strengthened in coordination with the PNP,” Sobejana said. /atm