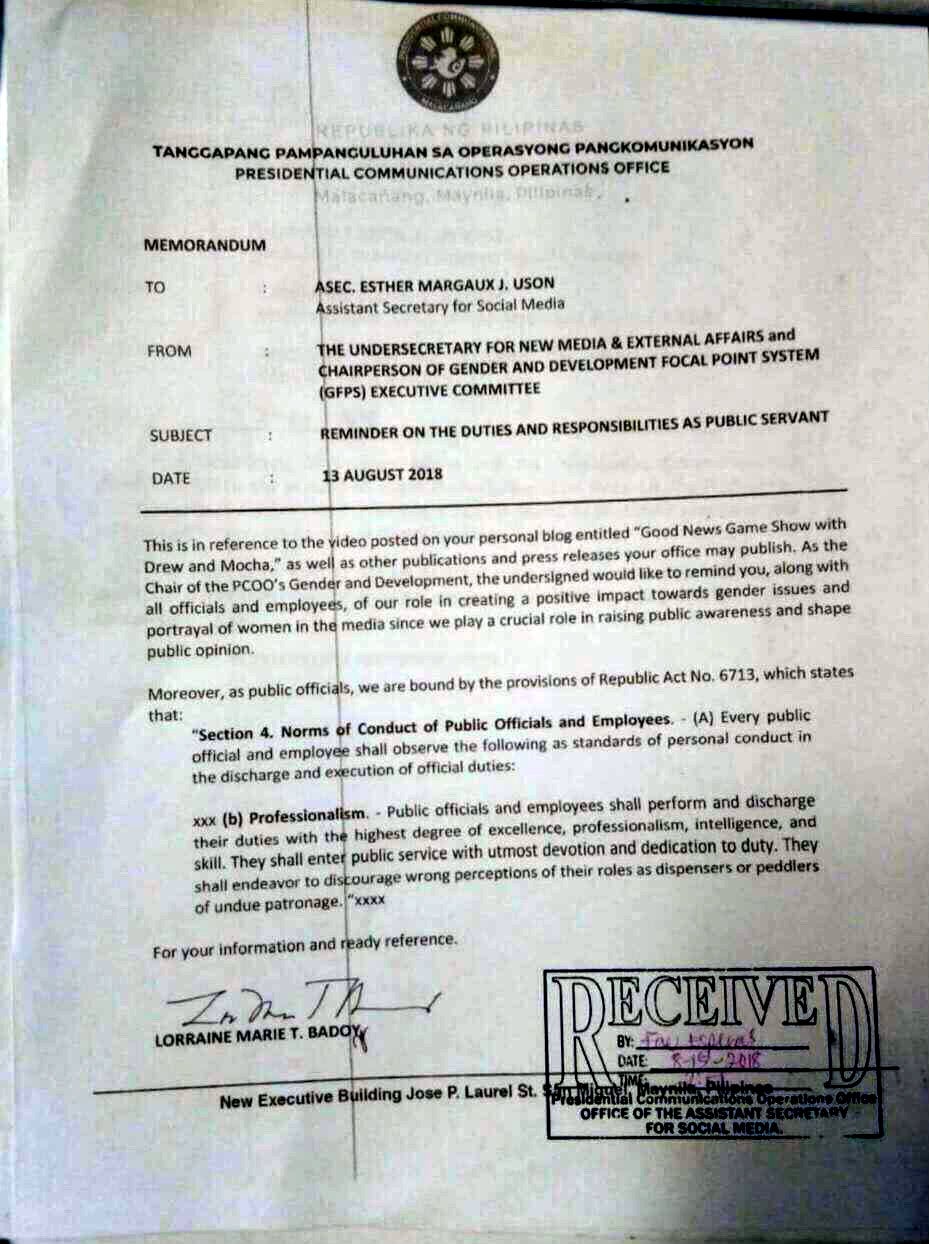 INQUIRER.net obtained a copy of the memorandum.

“This is in reference to the video posted on your personal blog entitled “Good News Game Show with Drew and Mocha,” as well as well as other publications and press release your office may release,” Badoy said in her memorandum to Uson.

“As the Chair of the PCOO’s Gender and Development, the undersigned would like to remind you along with all officials and employees of our role in creating a positive impact towards gender issues and portrayal of women in the media since we play a crucial role in raising public awareness and shape public opinion,” she added.

Badoy also reminded Uson and her colleagues that as public servants, they are bound by Republic Act 6713 or the Code of Conduct and Ethical Standards for Public Officials and Employees.

“Public officials and employees shall perform and discharge their duties with the highest degree of excellence, professionalism, intelligence and skill. They shall enter public service with utmost devotion and dedication to duty. They shall endeavor to discourage wrong perceptions of their roles as dispensers or peddlers of undue patronage,” Badoy said in her memorandum, citing RA 6713.

President Rodrigo Duterte said during a speech before the Filipino community in Israel that Uson had “excesses” in some of her actions but said it was part of her freedom of speech.