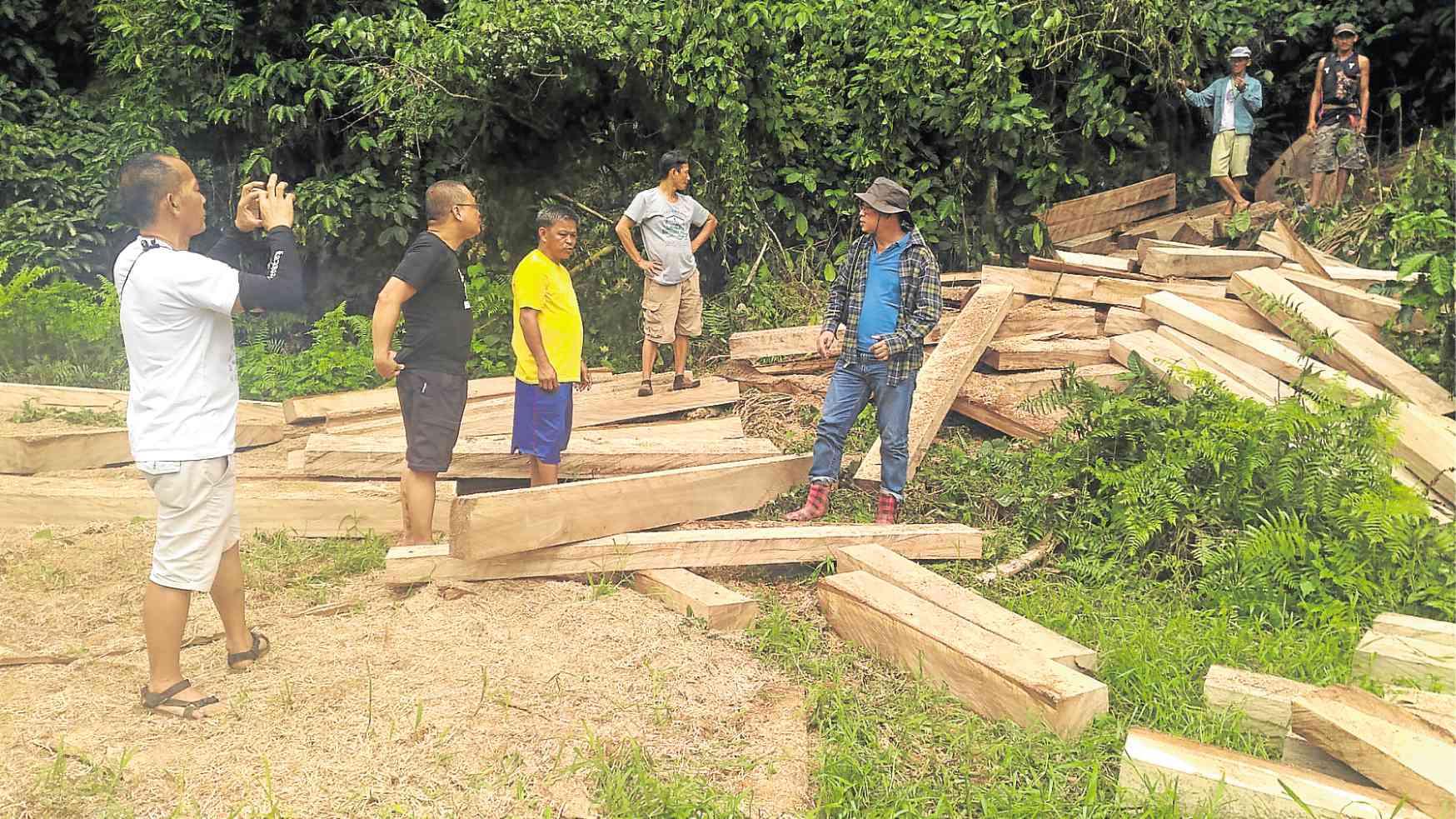 LUCENA CITY—Timber poachers have sneaked into the slopes of Mt. Banahaw in Quezon province and felled more than 10 mature trees, including an almost a century-old native tree, an official of Tanggol Kalikasan-Southern Luzon (TK-SL) said.

Jay Lim, TK-SL project officer, said a listener to his radio and television program “Kasama ng Kalikasan,” informed his group that piles of newly sawn lumber were seen in the mountain village of Bugon in Sariaya town.

Forest rangers from the Department of Environment and Natural Resources, personnel of the provincial environment and natural resources office and Lim went to the village and found several stumps of native trees and piles of lumber.

“One of these trees is bayucan which, according to older residents in the village, could be more than 90 years old. Some of the fallen trees were also more than 50 years old,” Lim said.

The group traced the exit trail of the loggers and found more logs in the nearby village of Pinagbakuran.

Lim said the poachers could be from the town of Candelaria and used horses to haul lumber.

Lim said Sariaya officials ordered the police to look for the loggers’ accomplices in the villages of Bugon and Pinagbakuran.

“We suspected that some unscrupulous villagers were involved in the illegal activity,” he said.

Republic Act No. 9847, which was passed in 2009, designates Mt. Banahaw and the adjacent Mt. San Cristobal as protected areas.

The 10,901-hectare protected area straddles the towns of Lucban, Tayabas, Sariaya, Candelaria and Dolores in Quezon, and parts of the towns of Rizal, Nagcarlan, Liliw and Majayjay, and San Pablo City in Laguna.

In 2004, the Protected Area Management Board sealed off the bosom of Mt. Banahaw to rehabilitate and reforest it after years of abuse by pilgrims and trekkers.

The ban on visitors to Banahaw’s interior will last until Feb. 19 next year. —DELFIN T. MALLARI JR.