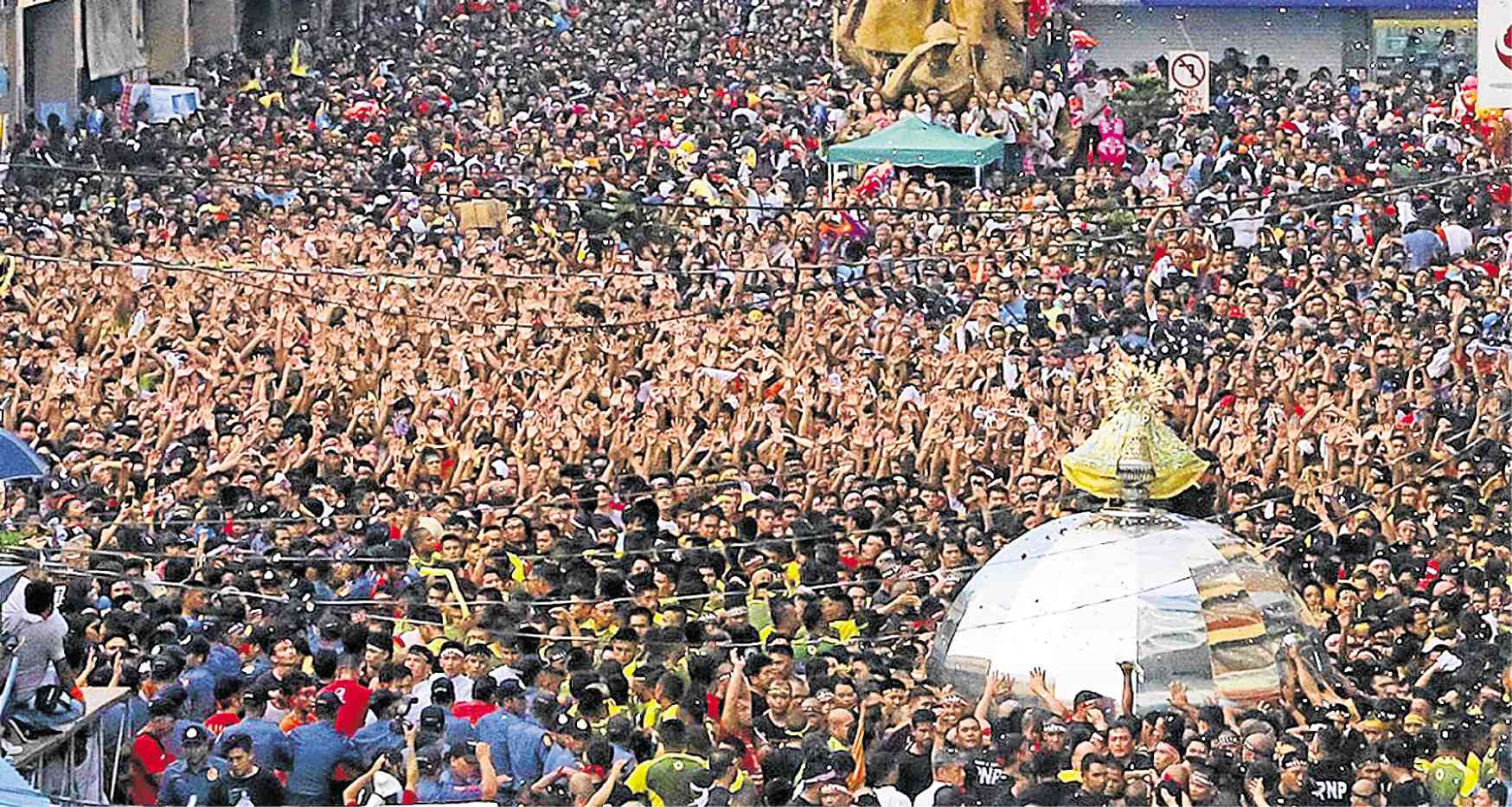 PATRONESS OF BICOL In this photo taken in September last year, thousands of devotees join the procession for Our Lady of Peñafrancia, the patroness of Bicol region, in Naga City.—MARK ALVIC ESPLANA

LEGAZPI CITY — Security measures have been tightened in Camarines Sur province as Naga City prepares to host devotees of the Our Lady of Peñafrancia starting on Friday for the biggest religious event in Bicol region.

Chief Insp. Maria Luisa Calubaquib, spokesperson for the regional police, said three battalions of policemen, composed of about 3,000 law enforcers from the region, would be tapped to secure visitors and residents during the feast from Sept. 7 to 15.

A send-off program was held at Camp Simeon Ola here on Wednesday for the deployment of an initial batch of 637 policemen serving in Naga.

Two more batches of policemen would be deployed this week to beef up the Naga police force.

Policemen were tasked to ensure order and enforce traffic management and security measures in churches, shopping malls and transport terminals and secure “critical infrastructures” like communication and power lines.

Calubaquib said 1,883 policemen would be stationed in Naga City while 851 would be sent to other towns and cities in Camarines Sur.

A group of 113 policemen would man the Police Regional Task Group Command.

The feast of Our Lady of Peñafrancia, known as “Ina,” is considered as one of the biggest religious festivals in the country.

It begins with the transfer of the image of Ina from the Our Lady of Peñafrancia Shrine near the Basilica Minore de Peñafrancia to the Naga Metropolitan Cathedral, where it will stay for a novena.

The feast culminates with a fluvial procession along Naga River, when the image is returned to the basilica minore. —Mar S. Arguelles