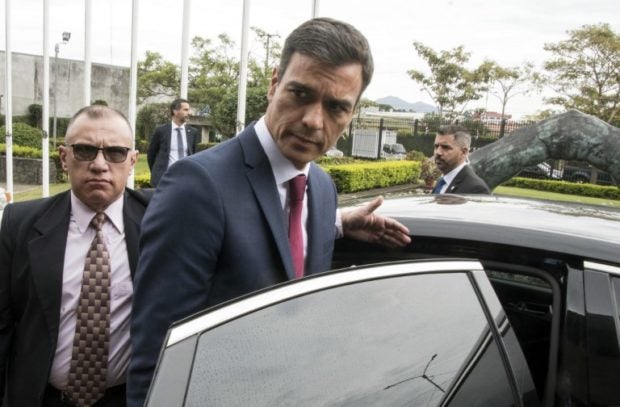 MADRID, Spain — Spain’s prime minister on Monday proposed holding a referendum in Catalonia on greater autonomy for the wealthy region but ruled out allowing a vote on independence as demanded by Catalan leaders.

Socialist Prime Minister Pedro Sanchez, who since coming to power in June has attempted to defuse tensions over Catalonia’s independence drive by holding talks with Catalonia’s separatist president Quim Torra, told radio Cadena Ser the dialogue should lead to “a vote… on the reinforcement of Catalonia’s autonomy.”

“It is a referendum for autonomy, not for autodetermination,” he added, without giving a timeline for the proposed vote.

Catalonia, which has its own distinct language, was granted autonomy under Spain’s 1978 constitution adopted three years after the death of longtime dictator Francisco Franco.

In 2006, a statute granting even greater powers to the northwestern region, boosting its financial clout, was approved by the Spanish and Catalan parliaments. And in a referendum at the time, over 73 percent of voters in Catalonia approved it.

But in 2010 Spain’s Constitutional Court struck down several articles of the charter, among them attempts to place the distinctive Catalan language above Spanish in the region and a clause describing the region as a “nation”.

The ruling sparked a rise in support for independence in Catalonia, which is home to some 7.5 million people and accounts for about one fifth of the Spanish economy.

“Catalonia currently has a statute which it did not vote for, so there is a political problem,” Sanchez said.
Sanchez’s minority government, which relies on the support of Catalan separatist parties to pass legislation, has distanced itself from the hardline approach adopted by its conservative predecessor against Catalonia’s separatist drive, which sparked a major political crisis.

The Catalan government pressed ahead with an independence referendum on October 1— even though it had been banned by the courts— and the vote was marred by police violence.

Catalonia’s regional parliament then voted to declare independence on October 27, prompting Madrid to sack the regional government and put the region under direct rule from Madrid.

The current regional president Torra was hand-picked by his predecessor Carles Puigdemont who is in self-imposed exile in Belgium to avoid being tried for rebellion in Spain.

Polls show Catalans are divided on the question of independence but an overwhelming majority back a referendum to settle the question. /ee