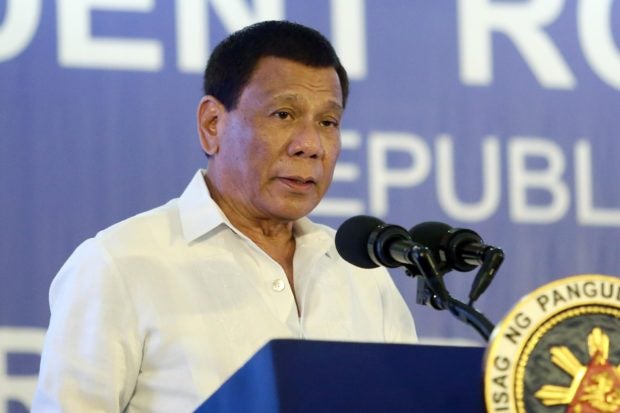 President Rodrigo Duterte has assured Filipinos that there is a sufficient supply of rice, despite fears of a rice shortage in the country.

(Now they’re saying that there’s a shortage of rice. But there’s plenty of rice, and it’s even coming here. Now there’s even an excess.)

He also claimed that these issues have floated just because of politics.

“You know, those are politics.  I would like to remind you that I won because of the vote of the Filipino,” he added.

READ: Rice with ‘bukbok’ safe for consumption after fumigation — NFA

Recently, the National Food Authority (NFA) was embroiled in controversy after sacks of rice in ships were found to contain “bokbok” or rice weevils.  NFA claimed that these grains are safe to eat even after fumigation.

According to NFA, the problem would delay unloading by seven to twelve days.

Several lawmakers have called for the NFA’s abolition and the resignation of its top officials including Administrator Jason Aquino and Agriculture Secretary Manny Piñol. /je