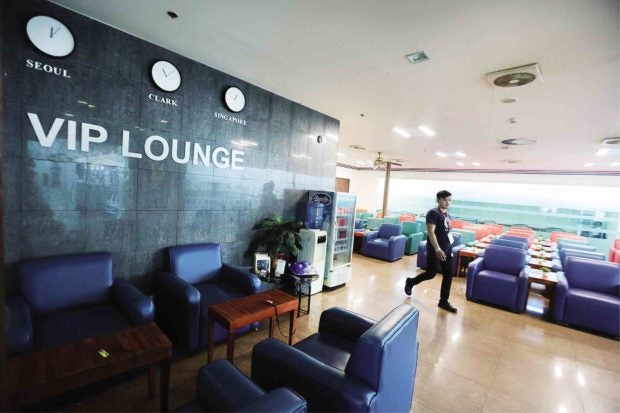 Taking a cue from President Duterte, officials of Clark International Airport (CRK) are expanding what is being dubbed the premier Asian air gateway.

The Clark airport terminal project is the first under the Duterte administration’s hybrid public-private partnership concession scheme, which combines both government funding and private sector support for the operations and maintenance of the facility.

Its expansion plan formally kicked off in December last year with a groundbreaking and capsule-laying ceremony on airport ground in Pampanga province.

The new terminal, which spans around 100,000 square meters, is expected to accommodate an additional 8 million passengers every year.

The new terminal is expected to complement other infrastructure projects in the area, the most prominent of which are the Manila-Clark railway, the Subic-Clark cargo railway, and the New Clark City.

“We will connect [the new terminal] to the Manila-Clark railway,” Tugade said, adding that he hoped to complete the entire line to Clark before Mr. Duterte’s term ends in 2022.

The airport expansion has four phases, including the creation of two access ways to the terminal, one of which allows vehicles coming from the Subic-Clark-Tarlac Expressway (SCTEx) to link up without entering the Clark Freeport Zone.

“The first phase also includes a terminal building to accommodate those who meet and greet passengers and a larger parking area,” Cauguiran said.

The succeeding stages of the project will increase CRK’s capacity from 22 million travelers to 46 million and eventually 80 million, he said. 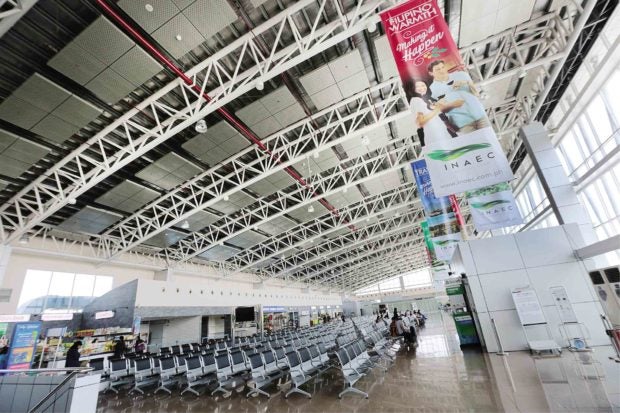 “There will be a cargo terminal, a hangar for private planes, and a new runway, which will allow simultaneous takeoff and landing,” he added.

“The existing terminal of CRK has a capacity of 4.2 million passengers, that is why residents of the region are being highly urged to book their flights there instead,” Cauguiran said.

At present, CRK serves 168 international and 296 domestic flights, which makes it among the busiest airports in the country.

“[The airport] should have been developed a long time ago. The presence of this airport generates economic activities within and outside the Clark Freeport Zone,” Cauguiran said.

He said an increasing number of investors, particularly those engaged in hotel business, had been building five-star hotels inside the free port and in Angeles City.

The airport complements the Clark Freeport Zone, which is being developed as the next investment center in Asia, Cauguiran said, noting that with better infrastructure, CRK can draw foreign investments which will lead to the region’s economic progress.

“These tourists don’t just go to their final destinations when they arrive at Clark. They stay here for a night or two, so we are helping boost the economies of the local government,” he said. 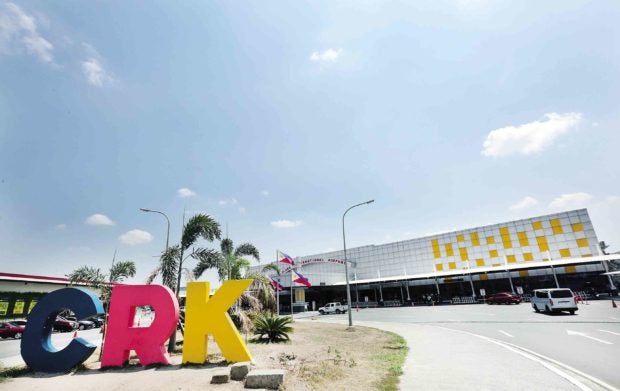 In the last five years, CRK has registered an annual average growth rate of 7 percent. It recorded 1.5 million passengers in 2017, but it can still accommodate 2.7 million more, both domestic and international.

In May, the airport reached the 1-million passenger mark.

Since July, CRK has been handling 464 flights a week. It services 22 domestic and nine international destinations.

Budget carrier AirAsia plans to locate 16 more planes in Clark in the next five years. These are for the carrier’s 16 international and 22 domestic flights.

The ease of transportation is one factor which passengers consider when they decide to land at CRK. The airport is connected to major speedways, such as the North Luzon Expressway, SCTEx and the Tarlac-Pangasinan-La Union Expressway.

The airport is now easier to reach with point-to-point (P2P) transport buses that take travelers from Metro Manila, Baguio City, Nueva Ecija and Aurora provinces to Clark and vice versa. “Our target is the convenience of the tourists,” Cauguiran said.