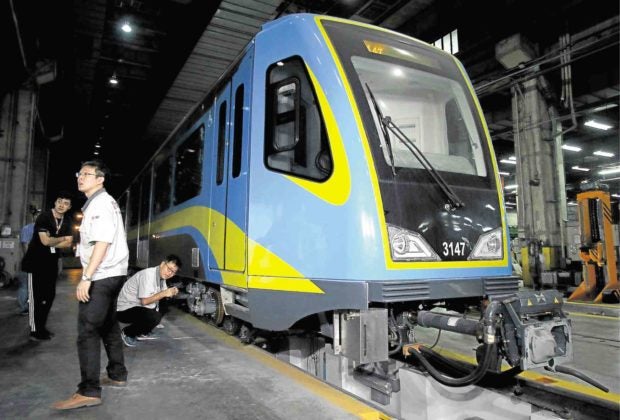 Bayan secretary general Renato Reyes condemned on Friday the Department of Transportation (DOTr) for pushing through with its “problematic and grossly disadvantageous” contract with China-based Dalian Corp., the manufacturer of the 48 trains sitting unused at the Metro Rail Transit (MRT) 3 depot.

In a statement, Reyes called on the DOTr anew to make public the independent audit on the Dalian trains as well as its negotiations with the company regarding its rehabilitation.

His comments came on the heels of Transport Secretary Arthur Tugade’s statements that Dalian would shoulder the costs of rehabilitating the trains during Thursday’s House budget deliberations.

The DOTr earlier revealed that independent audit firm TUV Rheinland found the P3.2-billion trains, which were part of the MRT 3’s expansion project to accommodate more passengers, violated procurement rules and were incompatible with the train line system.

But Tugade maintained that the 48 trains were usable as long as Dalian Corp. made the necessary repairs and paid for the costs.

He also said the trains were expected to be used late this year before  Sumitomo Corp. of Japan takes over the rehabilitation of the entire main line.

Reyes, however, demanded that Dalian “should be made to pay penalties it caused the Philippine government and the commuters of MRT 3.”

“What message is the DOTr sending to other private firms with contracts with the government? That it is OK to violate contract terms?” Reyes asked.

He cited the 2017 Commission on Audit report on the MRT 3, which stated that Dalian Corp. owed the government P1.3 billion in damages and that the DOTr should  revoke its contract over the anomalous deal, which led to the  indictment of  former transport officials.

“We are not against the procurement of additional trains as there is an urgent need to expand the capacity of the MRT 3. However, after a two-year delay due to various technical issues, why are we still holding on to the Dalian contract?” he added.