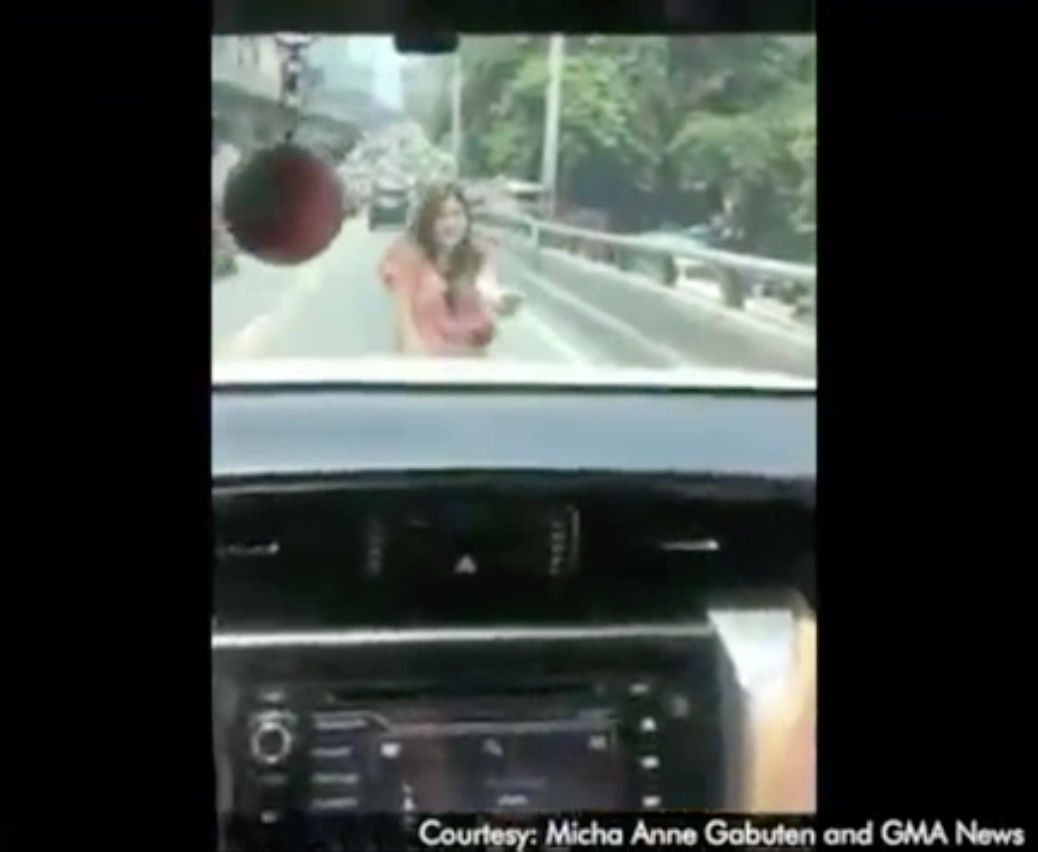 The Metro Manila Development Authority (MMDA) on Thursday said it is currently working with the National Bureau of Investigation (NBI) to locate the girl in the now viral “Kiki Dance Challenge” video along Edsa.

MMDA Spokesperson Celine Pialago said the girl, identified as Micha Anne Gabuten, will be summoned by authorities after the risky act along Edsa.

(She is Micha Anne Gabuten. We’re coordinating with the NBI for her address to find out where to send the summon. We’re still working on it. We can’t find the footage on the CCTV, and we still have to review the CCTV the whole day because there was no date and time stamp.)

As for the girl’s initial violation, Pialago said she will be slapped with a P500 fine for Jaywalking.

The driver, meanwhile, will be given a P500 fine for reckless driving.

If the driver was the one who took the video, a violation of the Anti-Distracted Driving Act will also be handed out, Pialago noted.

After the video went viral, Gabuten took down the post and deactivated her social media accounts.

The MMDA earlier made an advisory to warn the public about the danger of doing the risky dance challenge.

The #KikiChallenge is among the latest trends netizens have been posting on their social media accounts.

It came from the song of international rapper, Drake, called “In My Feelings.” People would get out of their moving vehicle and dance to the chorus of the song in sync with the speed of the car. /je

Read Next
Mexican TV reporter killed in resort city of Cancun
EDITORS' PICK
MyCitiHomes premiers PH’s first 3-star certified BERDE District residential development
House energy committee chair Arroyo bats for cheap electricity
NATO to boost troops on high alert to over 300,000
Beyond the Chocolate Hills: A farm-to-table, heritage culinary adventure of Bohol
Congress should review hajj coordination program – Hataman
Protests discouraged but OK if not near inauguration site – PNP
MOST READ
Duterte: It was correct for Bongbong Marcos to ‘decline’ presidential debates
Peso breaches 55:$1, now Asean’s worst performer
Enrile contracts COVID and snipes at critics, foes: ‘I am not going to die yet’
PH firm partners with US corporation to set up weapons assembly in Bataan
Don't miss out on the latest news and information.