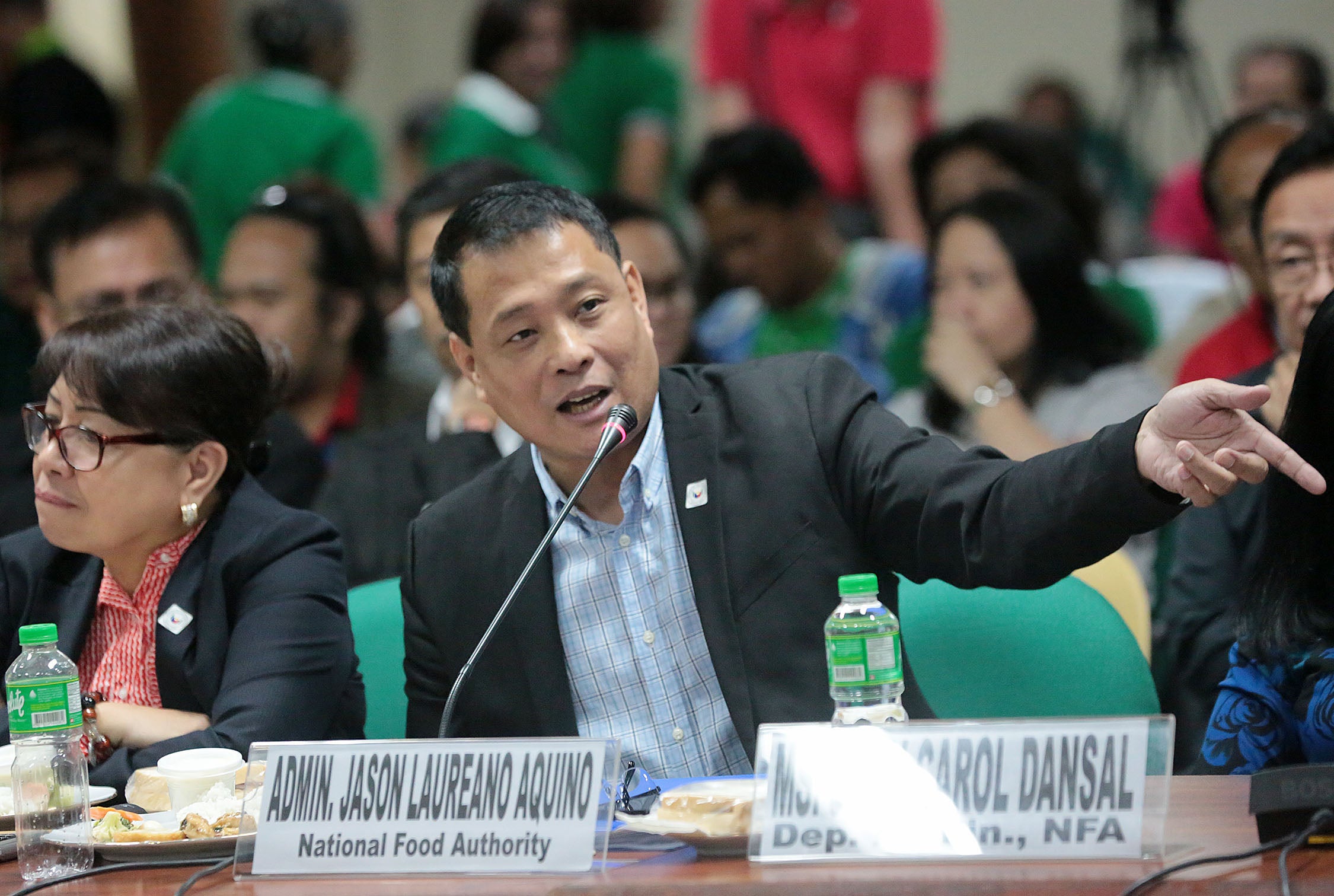 The head of the National Food Authority (NFA) is facing a graft complaint for using funds meant for buying grain last year to pay off the agency’s debts, which resulted in soaring prices of rice and corn.

In the complaint it filed in the Office of the Ombudsman on Wednesday, the Samahang Industriya ng Agrikultura (Sinag) accused NFA Administrator Jason Aquino and NFA accounting manager Gerry Ambrosio of diverting P5.1 billion to servicing the agency’s debt.

The fund should have been used to stabilize the price and supply of rice and corn last year as mandated by the General Appropriations Act.

The amount that Nograles, chair of the House appropriations committee, cited would bring to P10 billion the funds that the NFA used to service its debts over the past two years.

He said Aquino and other NFA officials may be held criminally and administratively liable for technical malversation.

“This is one of major reasons why we have a rice shortage and why the prices of rice skyrocketed,” Nograles told the Inquirer.

“This is very serious because if a state agency like the NFA could get away with diverting money allocated by Congress for a certain purpose, what will stop other agencies from following suit?” he said.

Sinag, an umbrella group of 32 farmers and agriculture groups, filed the graft complaint after the Commission on Audit (COA) found that the NFA had used the funds to pay for maturing loans.

NFA spokesperson Rex Estoperez said the COA did not mention that the grains agency had diverted any of its funds, noting that the auditing body even lauded it “for being prudent enough in utilizing your funds.”

Under the Arroyo administration, the NFA racked up massive debts largely due to its efforts to keep both farmers and consumers happy by subsidizing the farm-gate and market prices of rice.

“The NFA accumulated these loans to finance the implementation of food programs which were not sustainable during those times,” Aquino said last year.

The group said the two caused undue injury to the public and committed technical malversation, the use of public funds different from which they were originally appropriated.

Sinag said the loan payments to Landbank and DBP partly caused the NFA’s inability to buy enough unmilled rice from farmers last year, causing the agency to incur a shortfall of 124,969 metric tons of palay during the period.

“The procurement shortfall affected other programs of the NFA, such as rice distribution and buffer stocking, resulting in higher price of rice, unavailability of NFA rice in the market and lower inventory of rice in various NFA warehouses,” the complaint read.

Citing prices from the Philippine Statistics Authority (PSA), the complaint showed dramatic increases in the prices of rice and corn from March 2017—when the NFA received the P5.1 billion from the Department of Budget and Management—to July 2018.

“The diversion of the funds has clearly contributed to the substantial across-the-board escalation of the prices of rice and corn,” Sinag said. “This increase has obviously affected the industry negatively and has caused undue injury to the public in general.”

Estoperez said that contrary to what Sinag claimed, the NFA was not able to procure palay due to its low buying price of P17 per kilogram and not because the fund was channeled into paying debts.

The buying price as of the second week of August was P22.28 a kilo—the highest price recorded by the PSA.

“We really cannot buy because of our buying price, and that made the funds idle. There is no use,” Estoperez said.

“What we did, we used it to pay our maturing loans to save on interest expense under our ‘one fund basket’ where we keep all our rice collections, sales and even our credit line … That is still under the food security program,” he added.

Estoperez said the NFA was able to expand its credit line and save money after management used the idle funds.

Senator Bam Aquino noted that the NFA had touted the importation of 500,000 MT of rice, but many poor families still could not get an adequate supply of the staple.

He called on President Rodrigo Duterte to replace Aquino amid the rice crisis gripping the country.

Senator Cynthia Villar said the prices of rice in the country had “worsened” during the time of Agriculture Secretary Emmanuel Piñol. —WITH REPORTS FROM LEILA B. SALAVERRIA AND MAILA AGER