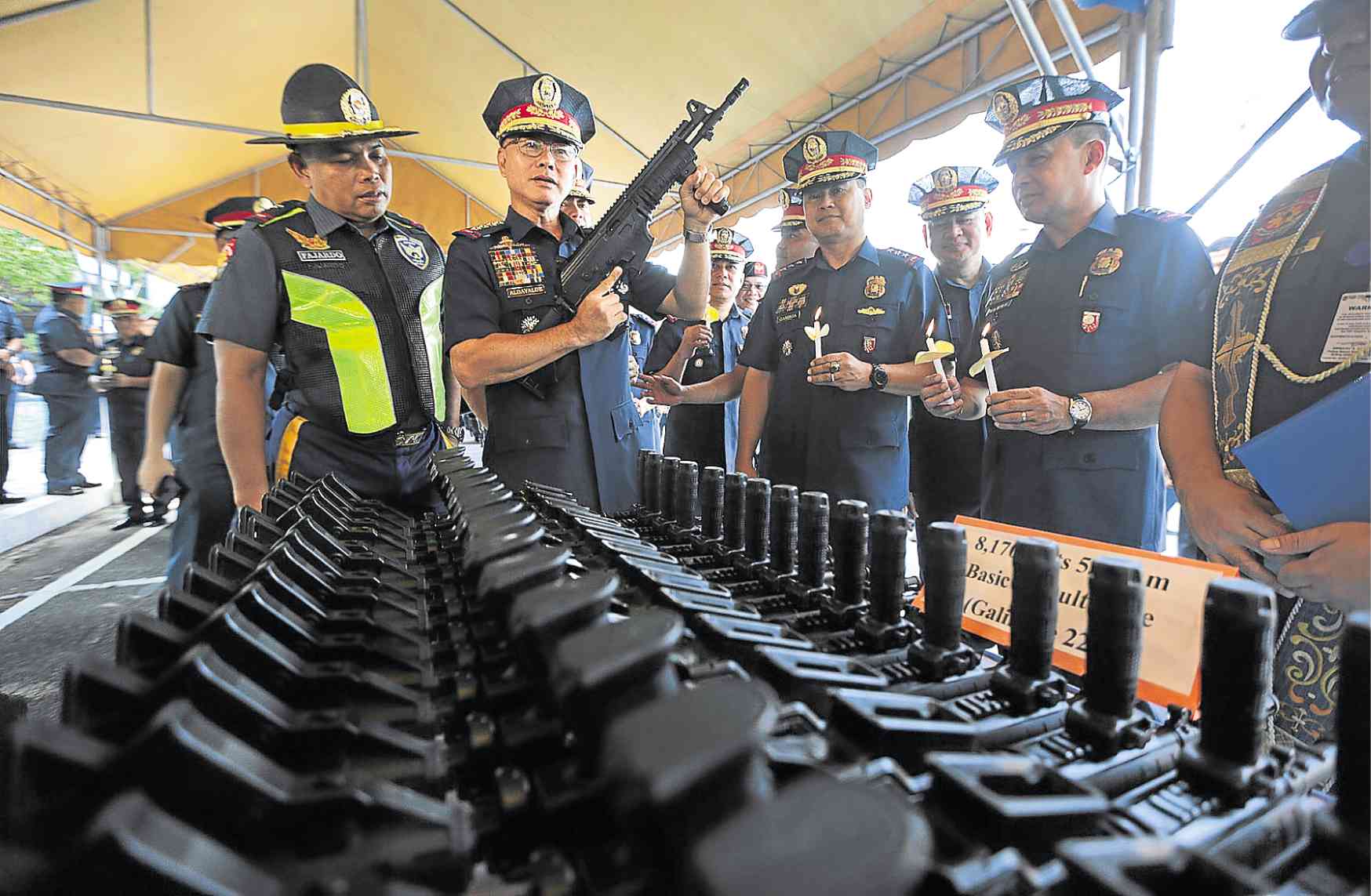 The Philippine National Police (PNP) has acquired what it considers to be three years- worth of new firearms and motorcycles under a P2-billion capability enhancement program.

“This is a huge help in our fight against criminality. It will help in police visibility and enhance our mobile forces,” PNP Chief Oscar Albayalde said.

The rifles and machine guns will be for the use of mobile forces and the PNP Maritime group, while the pistols will be issued mainly to fresh recruits.  —Jaymee T. Gamil

Six men who were earlier seen in a now-viral video smoking marijuana while taunting President Rodrigo Duterte have surrendered to the Malabon City police, after the clip prompted authorities to search for them.

The Northern Police District identified them as Comelio Aguilar Jr., 22; Kurt Edison Aflo, 22; Emmanuel Guerrero 23; Ran-ran Santos 23; Cedrick Acharon, 21; and Juaneil Arvie Isles, 18. Said to be from the same neighborhood in Barangay Tugatog, Malabon, they turned themselves in accompanied by their relatives, first to barangay officials on Tuesday afternoon.

They were later placed under police custody, where they were made to undergo drug tests and could face charges if found positive. —Aie Balagtas See