Pope in Ireland listens to the wounds of the abused 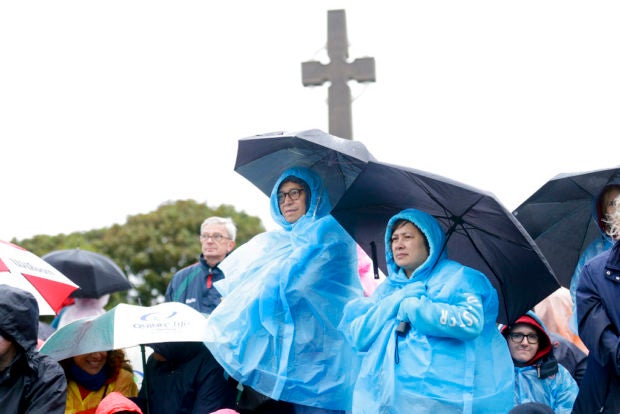 People wait for the arrival of Pope Francis in front of the Knock Shrine, in Knock, Ireland on Aug. 26, 2018. AP

DUBLIN — Pope Francis is visiting a famous shrine and saying Mass on his second day in Ireland after meeting with victims of clerical sex abuse and other abuses committed by Catholic officials and institutions.

Francis spent 90 minutes Saturday speaking with eight abuse victims, including two who were forcibly given up for adoption as newborns because their mothers weren’t married. They are some of the thousands of Irish adoptees whose unwed mothers were forced to live in workhouses.

One victim, Clodagh Malone, said Francis was “shocked” at what they told him but “he listened to each and every one of us with respect and compassion.”

The survivors asked Francis to speak out at Sunday’s Mass in Dublin to let all mothers know it wasn’t a sin — as the church told them — to try to find their children now. /ee