newsinfo / Headlines
Headlines
‘JUST DO HER BEST IN TWO MONTHS’ 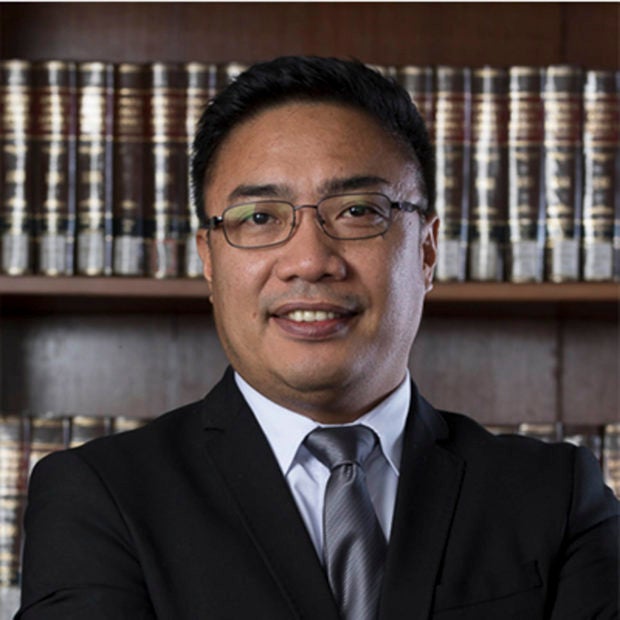 The Integrated Bar of the Philippines (IBP) said the group maintained that the removal of Chief Justice Maria Lourdes Sereno was unconstitutional but, faced with a vacancy, would have wanted Senior Associate Justice Antonio Carpio to become the next top magistrate.

Abdiel Fajardo, the IBP president, said that with Carpio declining nomination, the appointment of De Castro seemed appropriate since she was the next most senior justice.

“While on the one hand she faces ethical questions considering that she is succeeding a Chief Justice she helped remove, on the other hand, we are hoping that this starts a trend that will weigh heavily in favor of seniority as a tradition,” Fajardo said.

“Seniority means predictability in the appointment of the Chief Justice and helps avoid unhealthy jockeying and wrangling for the position,” he added.

De Castro’s selection also drew praise, as well as howls of protest from lawmakers on Saturday.

Senators generally hailed the announcement of De Castro’s appointment, but at least two opposition congressmen deplored it as nothing but a “reward” for her “starring role” in the ouster of Sereno.

Sen. Aquilino Pimentel III said De Castro’s appointment was a “personal achievement,” and that at least she would retire from her long public service as Chief Justice.

“Just do what she can in two months. Do her best,” Pimentel said in a text message, when asked whether De Castro would be able to accomplish anything in her two months at the helm of the high court.

“With her long experience in the court, I am sure that she will have no learning curve and can immediately buckle down to work in the short span of time until her retirement,” Escudero said.

In a radio interview, Sen. Richard Gordon admitted he had prayed that De Castro would be named Chief Justice.

Gordon said De Castro had the best record among the present batch of justices and would know what to do in her two months on the job.

“I’m just comfortable she is there. She will know what to do. It’s a great reward for somebody who has been there for a long time,” he added.

But Gordon’s definition of reward clashed with those of Albay Rep. Edcel Lagman and Magdalo Rep. Gary Alejano, both fierce critics of De Castro.

“President Duterte rewards presumptive Chief Justice Teresita de Castro for her starring role in the ouster of former Chief Justice Sereno. Fealty to the high standards of ethics and morality required of judicial officers should have impelled De Castro to forfeit her ambition,” Lagman said.

He said De Castro should have declined the appointment considering that she was facing an impeachment complaint, along with six other Supreme Court justices, in the House of Representatives.

Lagman, Alejano, Akbayan Rep. Tom Villarin and Ifugao Rep. Teddy Baguilat Jr. filed separate impeachment complaints for culpable violation of the Constitution and betrayal of public trust against De Castro and the others who voted to oust Sereno last May through a quo warranto suit.

Justice Secretary Menardo Guevarra, one of the ex-officio members of the Judicial and Bar Council, said the body did not consider the impeachment complaint against De Castro and the others when they voted on the short list on Friday.

Alejano, in a statement, said the “revolving-door policy” that Mr. Duterte seemed to have adopted in appointing De Castro “clearly shows the payment of a favor, absence of delicadeza and flagrancy in this government.”

“President Duterte’s appointment of Justice De Castro, who played such a prominent role in the ouster of former Chief Justice Sereno, begs the question: Is this a reward for a job well done?” said Act Teachers Rep. Antonio Tinio, a member of the bloc.

For Kabataan Rep. Sarah Elago, De Castro’s appointment “is but a plot twist in the unsurprisingly predictable melodrama that is Duterte’s single-handed consolidation of all branches of government, as well as taking down the opposition.”

Read Next
Koko to Imee: Only ML victims can say if ‘it’s time to move on’
EDITORS' PICK
Nestlé Philippines’ ‘NESCAFÉ Plan’ bags Grand Anvil at PRSP 56th Anvil Awards
Pope Francis to meet top cleric Sistani on second day in Iraq
Smart reinforces superiority with best speed and mobile video experience in PH
Don’t waste the hope of vaccines, warns WHO
Every Filipino home can now be a smart home with realme TechLife
822 NPA-free barangays set to get P20-M gov’t aid — Esperon
MOST READ
So: I lacked connections to succeed in PH ‘culture’
Robredo on Sara Duterte leading poll surveys: Why are Filipinos drawn to leadership of this kind?
US weapons, hardware in exchange for VFA
Jesuit lawyer, constitutionalist Fr. Joaquin Bernas dies at 88
Don't miss out on the latest news and information.