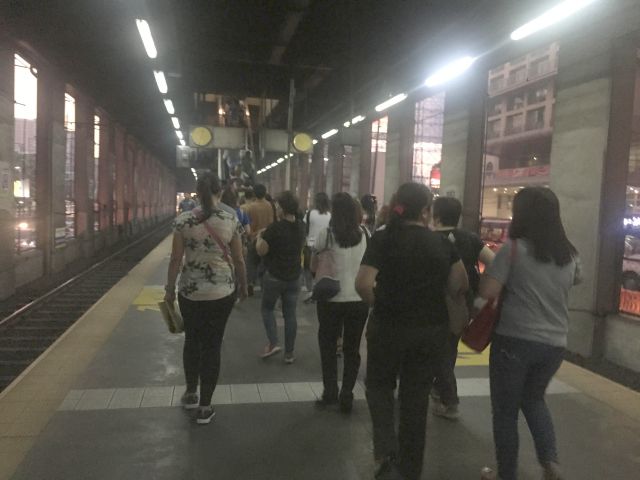 The Metro Rail Transit line-3 (MRT-3) clarified on Friday that its overstaying fee was only for those who stayed beyond 2 hours at the station.

The management issued the statement following the social media post of Miriam Cabiles that said she was charged P28 pesos for overstaying at the paid area.

According to the post of Cabiles, she entered the Cubao station of the MRT-3 at around 7:15 a.m. and exited the Buendia station at 9:15 a.m.

The implementation of the maximum 2 hours staying period inside the stations of the MRT-3 started this year from only 1 hour and 40 minutes in 2012.

She added that it took her two hours to reach her destination after due to overcrowding of trains.

She stayed for 1 hour and 30 minutes before she was able to board the train in Cubao station.

The MRT management said that the complaint is still being investigated. It said the management wants to know why Ms. Cabiles has not boarded a train despite the 10 regular trains and 2 skipping trains that stopped in Cubao Station during the 1.5 hours that she was already inside the paid area.

The investigation which was launched on Thursday involved a review of the CCTV recordings and other relevant train operations information from the MRT-3 Control Center.

“Please note that the MRT-3 allows a passenger to stay within the paid area for a maximum of 2 hours,” the management said in a statement.

“Prescribing a maximum stay period is a standard railway operating procedure that is implemented for security reasons and to avoid the turnback of passengers,” it added.