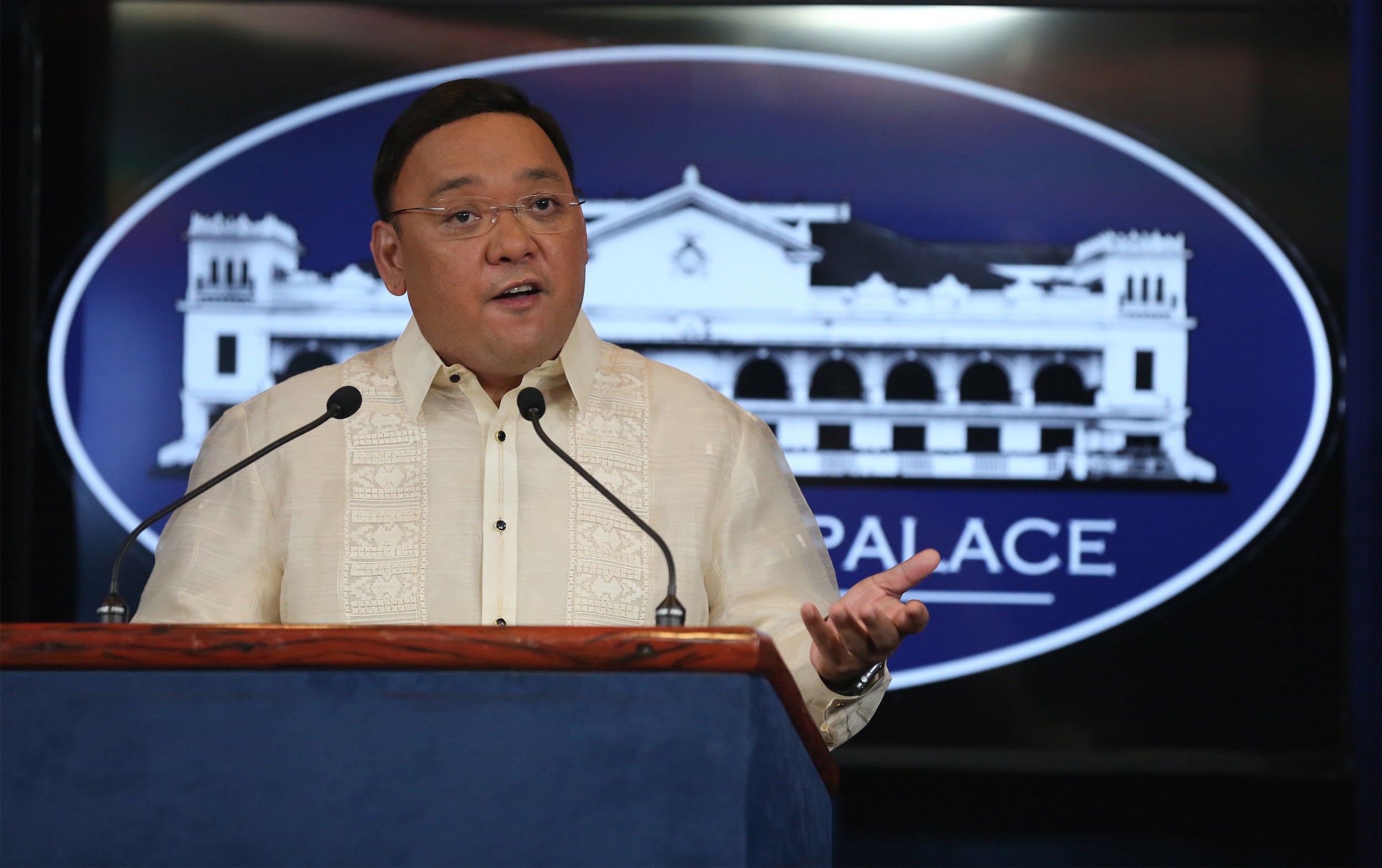 “My suggestion to [them] is that they just hang themselves because what they want will not happen,” Roque said in a radio interview, a day after President Duterte showed up looking fine in Cebu City after dropping out of public sight for three days.

Speculation about Mr. Duterte’s health flew wild during those three days following a claim on Facebook by Communist Party of the Philippines founding chair Jose Maria Sison that the President fell ill and slipped into a coma either in the afternoon or evening of Sunday. Sison said the report was unconfirmed.

Administration officials, including Roque, disparaged Sison’s claim, but did not release a medical bulletin to assure the public that the President was not ill.

The closest thing to an assurance came on Monday night from Special Presidential Assistant Christopher “Bong” Go, who livestreamed a video on Facebook showing Mr. Duterte at a table with an unidentified woman in an unnamed Davao City hotel.

In the video, Mr. Duterte said he was “fairly healthy” and mocked Sison, inviting the exiled communist leader to come home if he was sick and promising to make room for him in the national penitentiary.

“The leaders here no longer believe you,” Mr. Duterte said, addressing Sison, who lives in self-exile in Utrecht, the Netherlands. “You are a discredited leader.”

In an interview on television on Wednesday, Sison denied he was a victim of fake news and refused to apologize for reporting that Mr. Duterte was sick.

Death, he said, would be an “easy way out” for Mr. Duterte, who he said in his Facebook post on Sunday he wanted to see live long to answer for his crimes against the people in the International Criminal Court.

In a text message to reporters on Wednesday, Roque said Sison was “clearly delusional.”

In his radio interview, Roque said Mr. Duterte would abide by the Constitution and inform the public if ever he became seriously ill.

“And we have seen that it was impossible that he is gravely ill because the President’s demeanor [on Tuesday] was very normal,” Roque said.

Mr. Duterte has publicly stated that he is suffering from at least four ailments, including Buerger’s disease, a condition that leads to constriction of the blood vessels due to an accumulation of nicotine.

He has also said that he suffers from “perpetual pain” caused by an injury that he sustained in a motorcycle accident years ago, for which he has become dependent on the painkiller fentanyl.

But opposition Sen. Antonio Trillanes IV said on Wednesday that Mr. Duterte was just faking illness to gain public sympathy and avoid being called to account for his many failures.

“For me that’s drama. [Mr. Duterte] is trying to appear piteous so that he could get the people’s sympathy in order to divert attention from the important crises happening now, such as the increase in rice prices and various corruption cases,” Trillanes told reporters.

“I believe he is healthy, but lazy. He is not doing his job to provide solutions to the country’s problems,” he added.

According to Trillanes, people should learn from the example of Speaker Gloria Macapagal-Arroyo, who usually wore a neck brace during her long detention in military hospital while the Sandiganbayan heard graft and corruption charges against her stemming from alleged misuse of charity funds when she was President, but sprang back to fighting form and ditched the device after the court cleared and ordered her freed.

“They know Filipinos easily feel pity for others,” Trillanes said.

He said he believed Mr. Duterte would never let go of power, despite the President’s recent statements that he wanted to step down because he was old and tired.