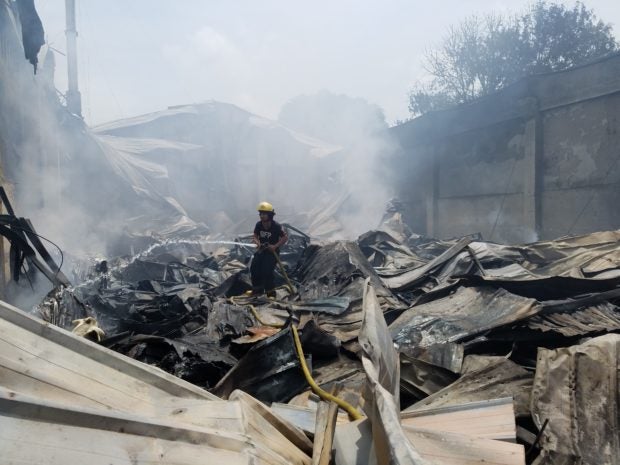 PAGADIAN CITY — A candle factory was razed by a fire here on Wednesday morning, killing a worker and injuring two others.

Authorities said the fire started inside the Bryant Milling and Marketing candle factory in Barangay Carangan, Ozamiz City around 10:29 a.m.

Genara Ramayrat, the victim’s mother, said her daughter was trapped inside the factory. The victim’s body was found inside the comfort room, totally burnt after part of the ceiling fell over her.

Factory owner Bryant See expressed sympathies for Ramayrat’s family, but said he was thankful the other workers safe, albeit some had sustained minor injuries

The Bureau of Fire Protection declared the fire under control at 12 noon.  /ee