Koreas to shut down some guard posts on DMZ 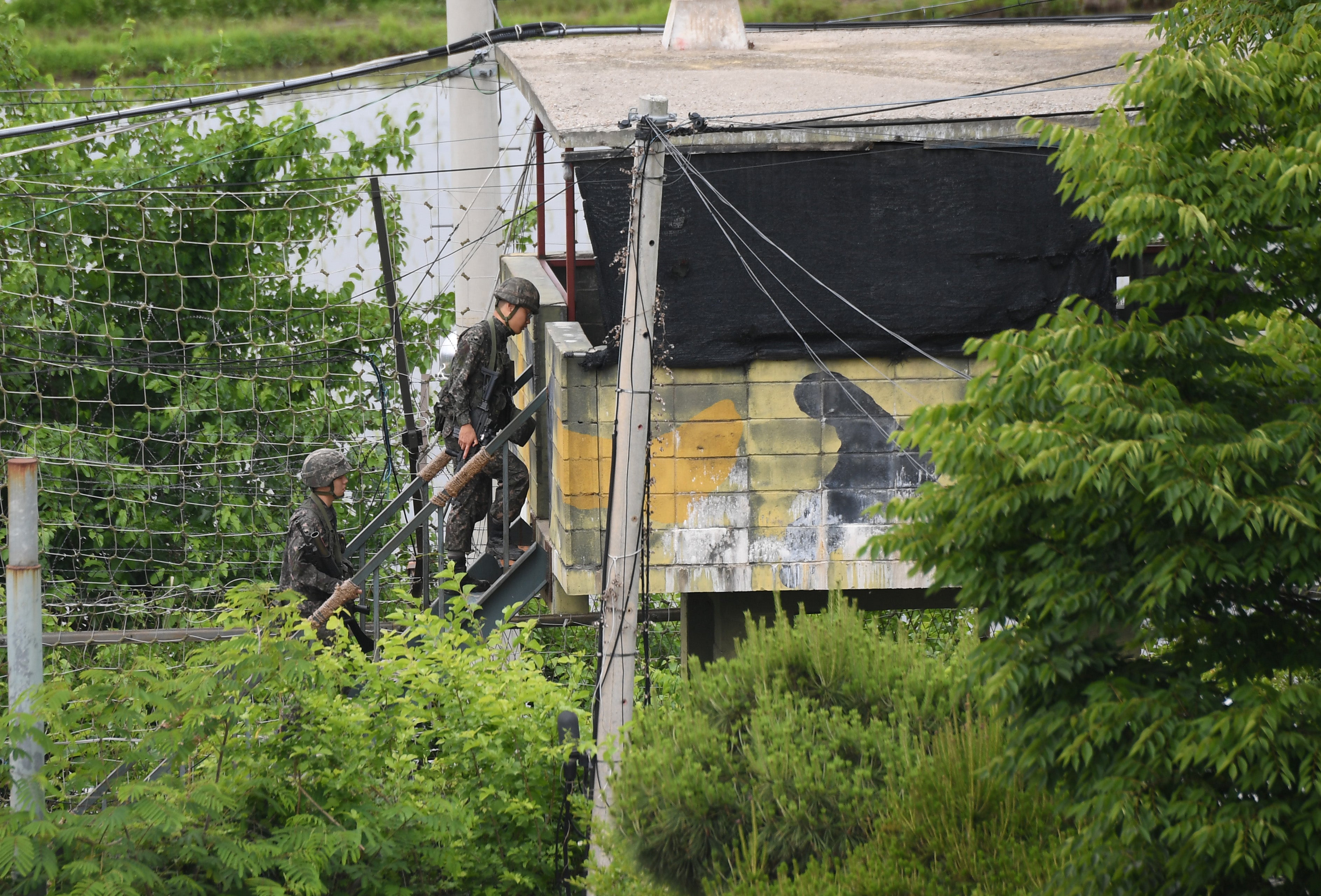 South Korean soldiers walk up the stairs of a guard post besides Imjingak peace park near the Demilitarised Zone (DMZ) dividing the two Korea’s in the border city of Paju on June 11, 2018. / AFP PHOTO / Jung Yeon-je

North and South Korea have agreed to close some guard posts along their border on a trial basis, Seoul’s defense minister told parliament Tuesday amid a rapid diplomatic thaw.

The Demilitarized Zone that has divided the peninsula since the end of the Korean War in 1953 is, despite its name, one of the most fortified places on earth, with the areas on either side of it bristling with minefields and barbed-wire fences.

“What it means is that we will first withdraw one or two guard posts and gradually expand it,” Song told lawmakers, adding the North would take reciprocal measures.

“The North and South agreed to withdraw guard posts that are closest to each other,” he added.

“The closest is about 700 meters away and we will begin withdrawing guard posts that are within one kilometer.”

A defense ministry official told AFP the issue was still being discussed and declined to clarify whether the posts would be physically removed.

The 1950-53 conflict ended with an armistice rather than a peace treaty, leaving the two Koreas technically at war.

The DMZ, designated as a buffer zone, bisects the Korean peninsula and is about four kilometers (2.5 miles) wide. It includes a Joint Security Area around the truce village of Panmunjom, where negotiations take place.  /muf