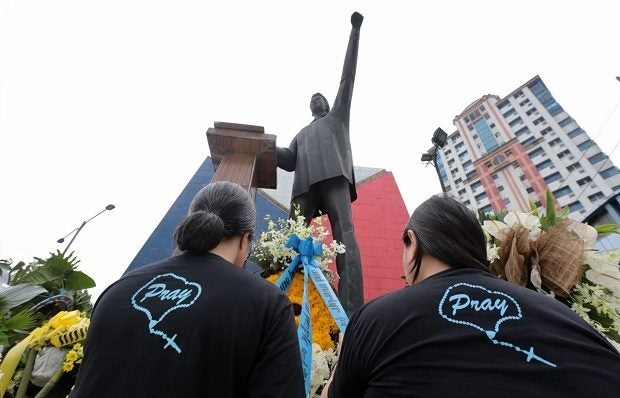 Senators paid tribute on Tuesday to martyred Senator Ninoy Aquino, who was described by one as the country’s “greatest modern hero.”

“In the spirit of the Edsa revolution that followed the assassination of Ninoy, may we always be reminded that we are the Filipinos who won our freedoms through the lives and deaths of those who ended the oppressive reigns of Martial Law.”

“As we pay tribute to Ninoy, let us become the Filipinos who live on the promise of justice, freedom, and development. Let us form a nation of collective trust and cooperation so that we can be the present day Filipinos worth dying for,” added Villanueva, who belongs to the majority bloc in the Senate.

Aquino was among those arrested and jailed when martial law was declared by then-President Ferdinand Marcos.

After spending seven years in jail and suffering a heart attack, Aquino was allowed to leave for the United States for medical treatment. He was shot dead at the airport when he returned to the Philippines on Aug. 21, 1983.

De Lima said Aquino might have been killed by assassins but not his advocacies and principles. /cbb