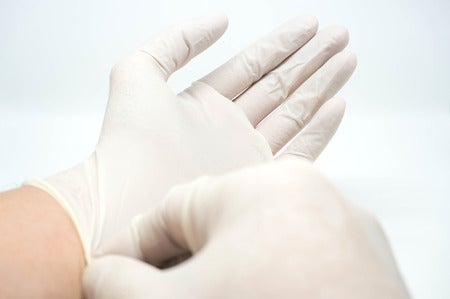 A pedophile was sentenced to 24 years of imprisonment after he was found guilty of raping and sexually assaulting children in Nottingham, United Kingdom.

Anthony Wood, 30, was identified after detectives recovered his DNA in the latex gloves found stored inside a wall and cellar of a house on November 2017, as reported by the Nottingham Post last Friday, Aug 17.

Wood used the gloves as a form of contraception when the sexual abuses were made.

Wood, who prior to his conviction had a clean record, was enlisted to the U.K.’s sex offender registry, the report stated. He also signed a sexual harm prevention order, the conditions of which he has to strictly follow.

Judge Steven Coupland stated that the suspect is required to serve at least two-thirds of his sentence before he can ask for parole. He will also have four more years on license.

Coupland said that the damage he rendered his victims was “incalculable.” One of his victims stated Wood took away “her innocence and her voice” and that she experiences recurrent nightmares and flashbacks. Another victim said that he tried to speak out about the abuse but no one believed him.

“Wood is a violent, abusive and manipulative man who craves power,” noted detective constable Cherie Sisson, the report said. The detective also pointed out Wood’s emotionless façade. “Throughout his interviews he showed no emotion and even tried to say that it was all an elaborate lie. He never had the decency to admit what he had done.”

Sisson said that he was glad that despite Wood pleading not guilty, the court upheld the evidence as well as the victims’ testimonies.

“I don’t want to be flippant in saying that I hope that the sentence will help them to move on, because I’m not quite sure how anyone could ever fully recover from this amount of abuse,” Sisson said in the report. “However, I do hope that they can look back at how they have conducted themselves throughout the whole investigation and recognize that the scale of their bravery and support for each other is something to be proud of.” Kate Matriano/JB