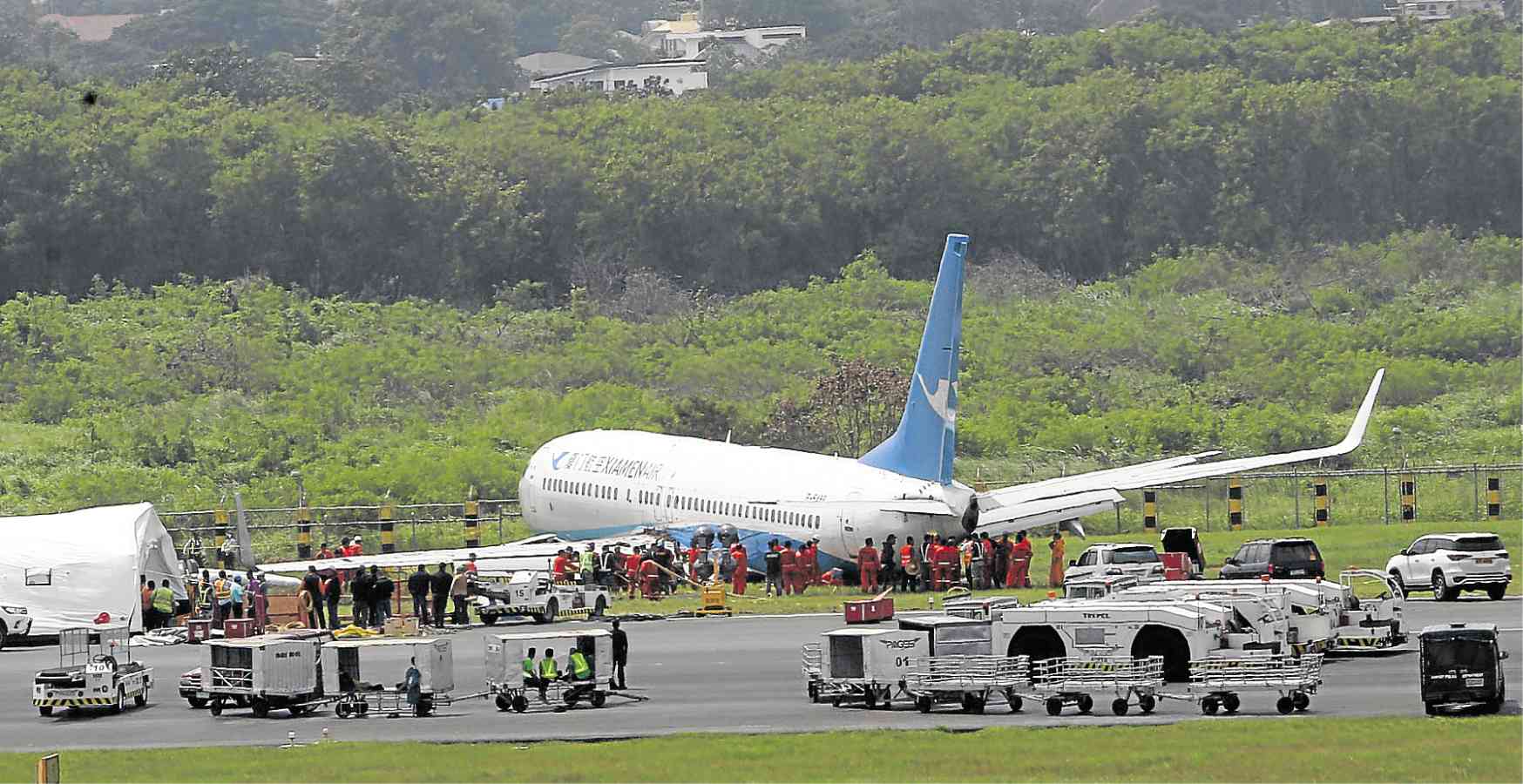 A Xiamen Air passenger plane lies on its belly on a muddy field after landing in bad weather and skidding off the runway of Ninoy Aquino International Airport on Thursday night. There were no casualties but the incident caused widespread flight disruptions. (Photo by MARIANNE BERMUDEZ / Philippine Daily Inquirer)

Officials of Xiamen Air have apologized to Manila International Airport Authority (Miaa) after one of its planes skidded off the runway and caused a number of canceled flights and stranded passengers.

According to Miaa General Manager Ed Monreal, officials of the airline company offered their apology to him at around 11 a.m. on Monday during a meeting.

“This morning, at around 11 o’clock, I had a delegation with Xiamen Airlines this morning, [an] 11-man delegation. They have extended their sincerest apologies [for the] incident that happened,” Monreal said during a press conference.

The Miaa executive also said that he advised the airline company to issue a statement “to the Filipino people who were affected” and provide “tokens” to stranded passengers such as food and water.

Xiamen officials said that they would comply immediately, according to Monreal.

Flight operations were stopped after Xiamen Air flight MF8667 skidded off the runway of the Ninoy Aquino International Airport (Naia) on Thursday night.

Hundreds of local and international flights were canceled, if not diverted, following the mishap. /ac

READ: Miaa:Naia operations back to normal