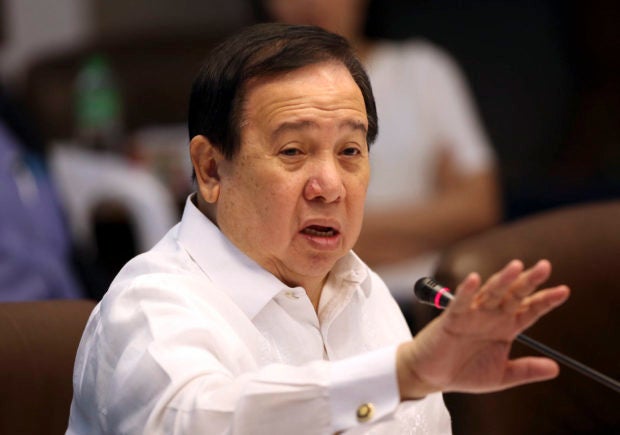 The policemen who arrested and detained three lawyers for taking photos and videos during a drug raid at a Makati bar could face arbitrary detention charges, Sen. Richard Gordon said on Sunday.

Gordon, chair of the Senate blue ribbon committee, said Makati police authorities were at fault in arresting and detaining the three lawyers who were just performing their jobs while the policemen were searching the bar for party drugs.

“What the police did was wrong. Those are lawyers, officers of the court. It’s the job of lawyers to protect [the interest] of their client,” Gordon told dzBB radio.

The three were identified as Lenie Rocel Rocha, 25; Jan Vincent Sambrano, 32; and Romulo Bernardo Alarkon, 33, all working for the Desierto and Desierto law firm, which represents the owners of Time in Manila bar on Makati Avenue.

The lawyers were arrested on Aug. 16 and detained for more than 24 hours after the policemen accused them of obstruction of justice after they “entered the premises of the bar, took several pictures and videos of the scene, and intimidated the members of the searching team without proper and prior coordination.”

They were released on Friday night, though the police pressed charges against them, including “constructive possession” of illegal drugs.

“That was not obstruction of justice,” Gordon said. “It’s only obstruction if you are blocking the evidence.”

He said it seemed that the police officers were only trying to justify their actions by filing trumped-up charges against the lawyers.

“They had already committed because if it was just obstruction, they should have released [the lawyers] within 18 hours,” Gordon said.

Under the Revised Penal Code, if the detention has not exceeded three days, the violator may face up to six months in prison.

“The procedures are clear. The [Philippine National Police] should be slammed for this because it’s wrong and what they’re doing is frightening,” Gordon said.