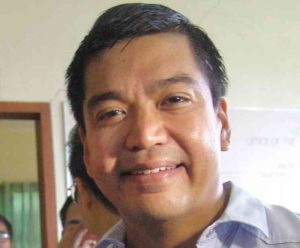 The Commission on Audit (COA) has ordered Camarines Sur 2nd Dist. Rep. Luis Raymund Villafuerte Jr. and other officials to return to the government P24.75 million spent on a private foundation unlawfully created by the provincial government.

In a decision made public recently, the COA also directed its Prosecution and Litigation Office to bring the matter to the Ombudsman for investigation into possible charges against Villafuerte and the provincial officials.

The decision affirmed the 2007 notices of disallowance on the public funds transferred to the Camarines Sur Kaogma Foundation Inc. from August 2005 to May 2006, when Villafuerte was still the province’s governor.

The foundation was tapped by the Sangguniang Panlalawigan to be the province’s partner in institutionalizing the activities of the Kaogma Festival — which celebrates the province’s creation during summer — and to promote tourism.

Villafuerte was named an incorporator of the foundation, although he was acting on behalf of the provincial government.

In 2007, auditors issued 19 notices of disallowance on the transactions due to violations of Section 89 of the Local Government Code, which prohibits officials from engaging in business transactions with the local government to which they belong.

The notices were first upheld by the COA’s Bicol regional office in June 2012.

In denying the findings of conflict of interest and irregularity, Villafuerte argued that Kaogma Foundation Inc. was actually a government corporation because the provincial government contributed P1 million in initial paid-up capital.

But the COA noted that the province was not named as an incorporator and the amount was indicated as Villafuerte’s share. It thus considered Kaogma Foundation Inc. to be a private corporation.

The COA also acknowledged that Villafuerte was merely acting on behalf of the provincial government as stated in the Sanggunian resolution.

Still, the transaction with Kaogma Foundation Inc. would remain irregular because local government units did not have the power to create private corporations.

The COA pointed out that if Congress itself was prohibited by the Constitution from creating private corporations, this would all the more be the case for provincial governments.

It added that COA Circular No. 96-003 required that a nongovernmental organization’s personality “does not overlap with that of the LGU,” in order to avoid the “absurd situation where government becomes a partner of itself.”

The Corporation Code of the Philippines also requires incorporators to be natural persons, which a province is not.

The COA also rejected Villafuerte’s argument that incorporators like him did not earn income from Kaogma Foundation Inc. because it was a nonstock, nonprofit corporation.

It said actual profit was not a requirement for the Local Government Code’s prohibition to apply in this case.

The COA said Villafuerte violated the Anti-Graft and Corrupt Practices Act, which prohibited government officials from having interest in any deal connected to their posts.