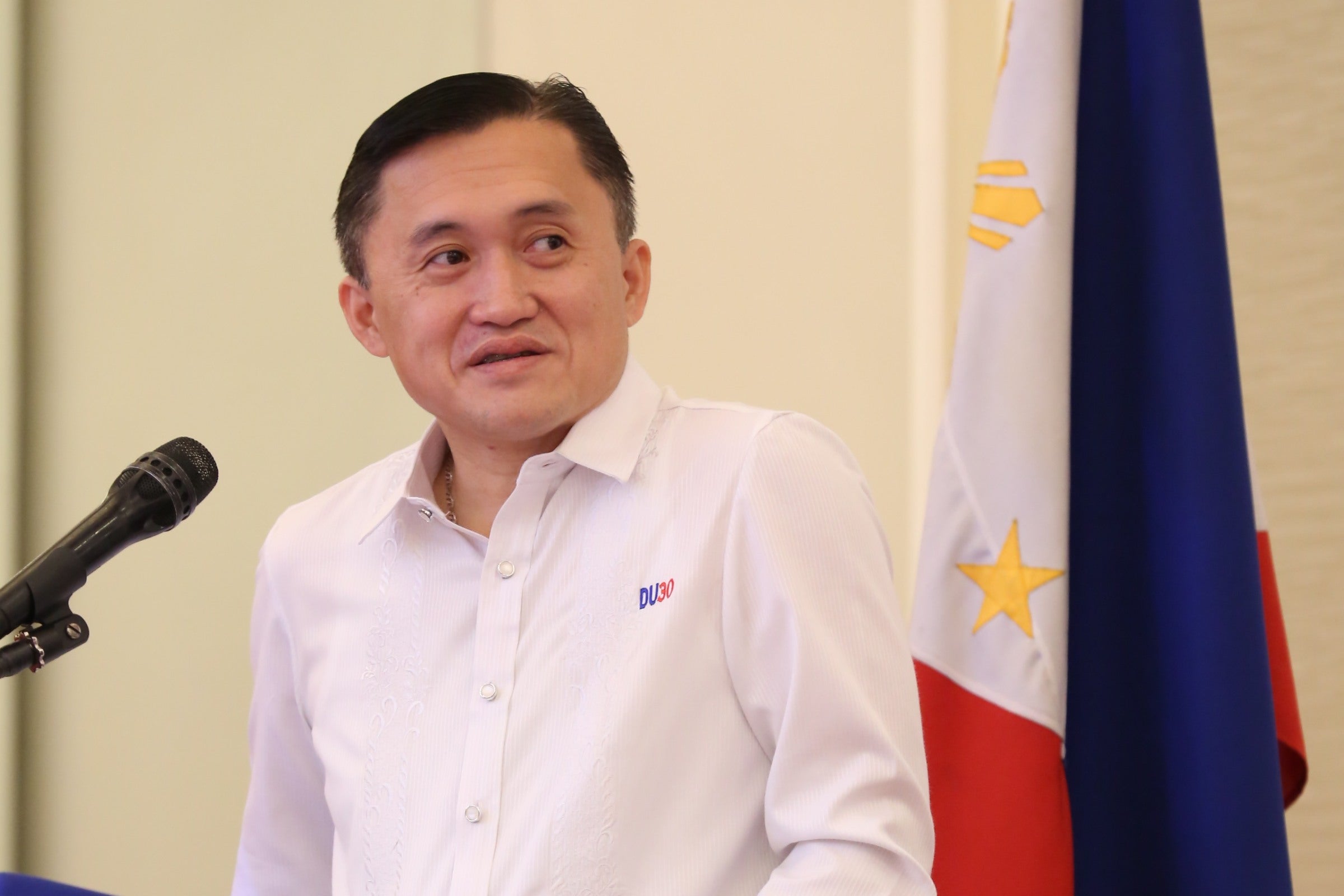 Sec. Bong Go of the Office of the Special Assistant to the President expressed his profound admiration for the hard work and dedication of the Presidential Management Staff (PMS) which celebrated its 48th Anniversary at the Rizal Park Hotel in Ermita, Manila on August 1, 2018. MALACAÑANG FILE PHOTO

DAVAO CITY — While he has yet to decide whether or not to enter the world of politics, Special Assistant to the President (SAP) Secretary Christopher “Bong” Go on Sunday thanked his fellow Davaoeños for placing him in the top spot in a survey for the mid-term elections in 2019.

This after the University of Mindanao’s Institute of Popular Opinion (UM-IPO) on Saturday released the results of a survey showing 76 percent of Davao City residents would vote for Go for senator.

“Malayo pa (ang 2019), pero thank you sa mga Davaoeño sa pagtitiwala ninyo sa amin, sa akin. Mas nakakataba ng puso. Lalo po kami magsisikap sa aming trabaho (Though the 2019 election is still a long way off, I thank the Davaoeños for their trust in us, in me. It warms my heart. This inspires us to work harder),” Go said in an interview.

Asked about the possibility of him running for senator, Go responded: “50-50.” He reiterated that although he has no plans of running, only the President can change his mind.

Davao Region, of which Davao City is part, has a voting population of 4.9 million.

Go also thanked the UM-IPO for conducting the survey. The institute is an initiative to spread the University of Mindanao’s commitment on rights and empowerment to the people of Davao and has publishing objective, relevant, and informative opinion surveys on the areas of politics, environment, health, education, youth and marginalized, and economics.

On Friday, Go took his oath as a member of the regional political party Hugpong ng Pagbabago led by Mayor Sara Duterte. /asu