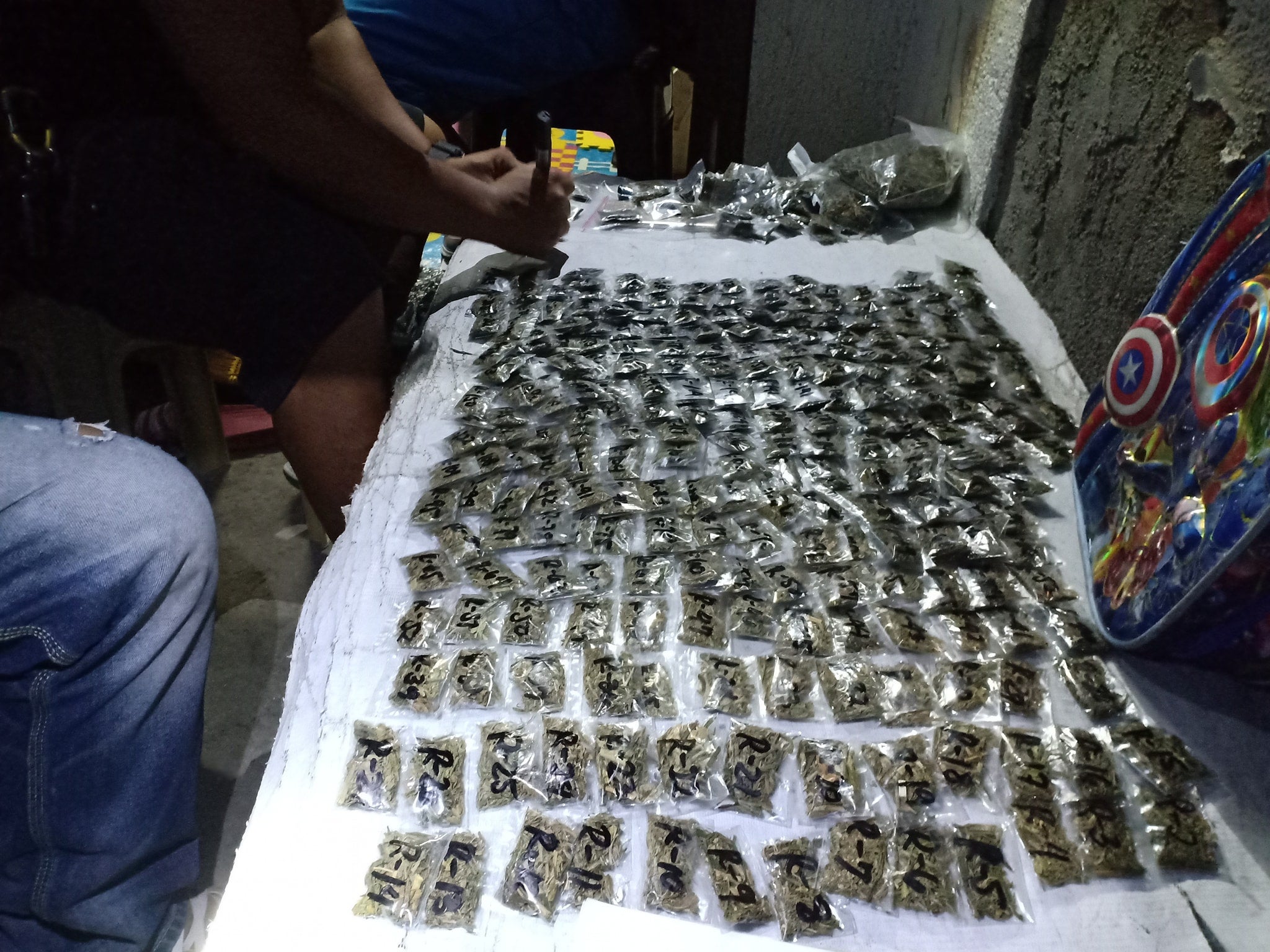 CITY OF SAN FERNANDO — The Central Luzon police seized more than 280 sachets of dried marijuana leaves on Saturday night in a resettlement site in Angeles City.

The marijuana leaves were in a big plastic bag packed in 282 sachets. Macabanti is being held at the police regional headquarters in Camp Olivas here.

The resettlement site is home to families relocated from the abandoned tracks of the Philippine National Railways. /ee