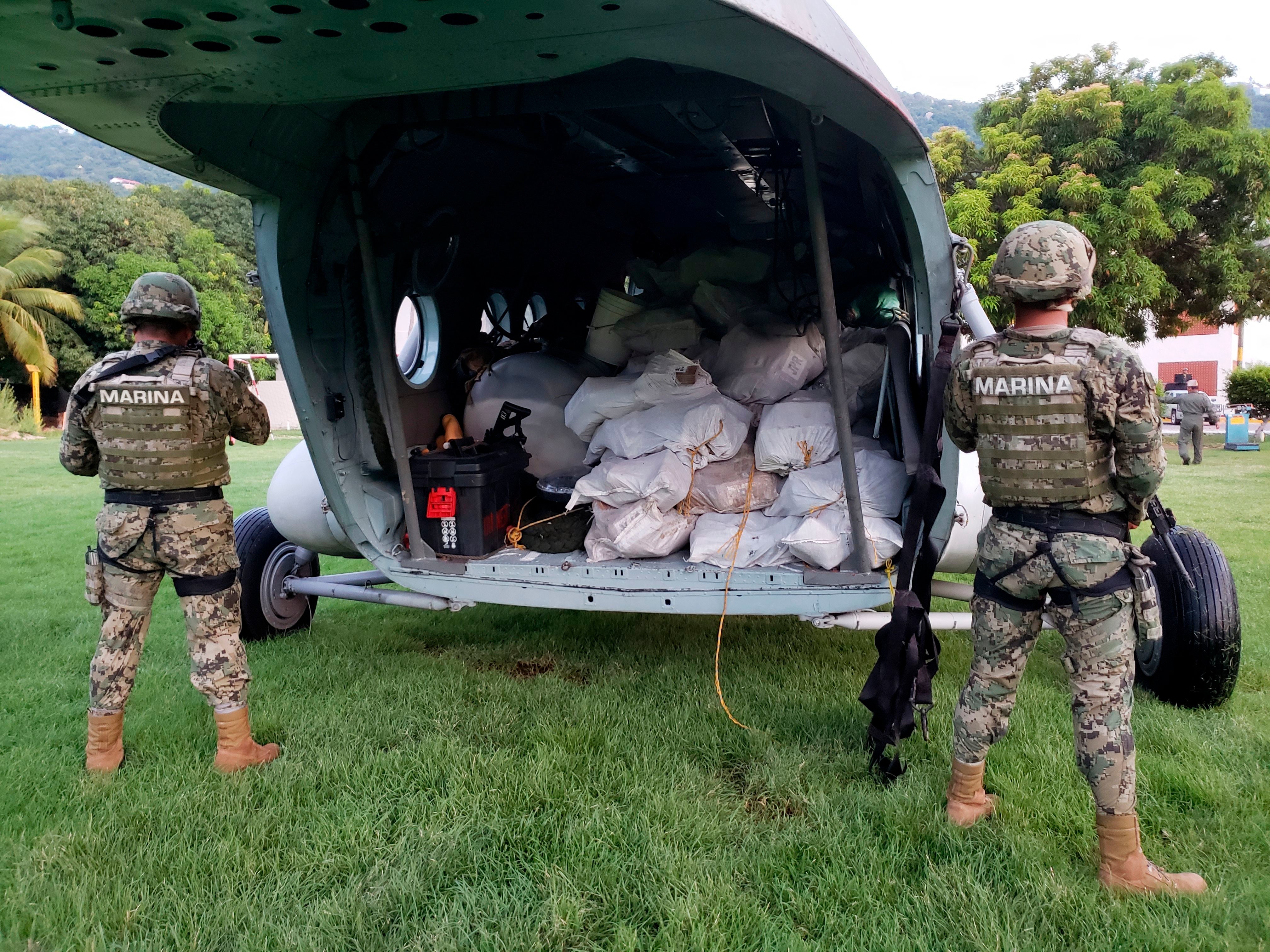 In this Thursday, Aug. 9, 2018 photo released by the Mexico’s navy, soldiers stand guard around a military helicopter carrying packages of suspected cocaine, in Acapulco, Mexico. The Navy said in a statement Friday that it had seized nearly two tons of suspected cocaine off its southern Pacific coast. (Mexico Secretary of the Navy via AP)

MEXICO CITY — Mexican authorities say they have busted a major narcotics lab in the northern state of Sinaloa with about 50 tons of synthetic drugs.

A navy statement says the raid took place Thursday in the mountains near the town of Alcoyonqui, east of the state capital of Culiacan. Besides the lab, Marines found two underground storage areas.

The navy said Friday that the raid yielded “approximately 50 tons of processed solid and liquid crystal drugs, stored in containers and drums of different capacities.”

The materials and chemicals were incinerated at the scene due to its remote location. There was no mention of any arrests.

The state is the home base of the powerful Sinaloa cartel.  /muf