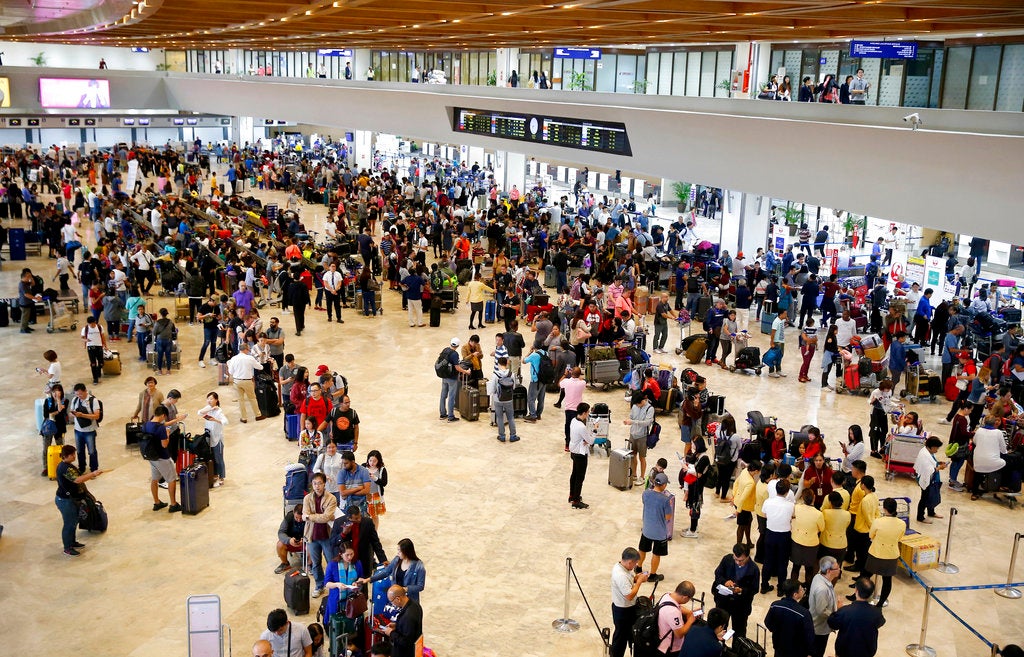 Hundreds of airline passengers gathered to check their flights at the Ninoy Aquino International Airport after a Chinese Xiamen Air Boeing passenger plane skidded off the runway while landing on Friday. 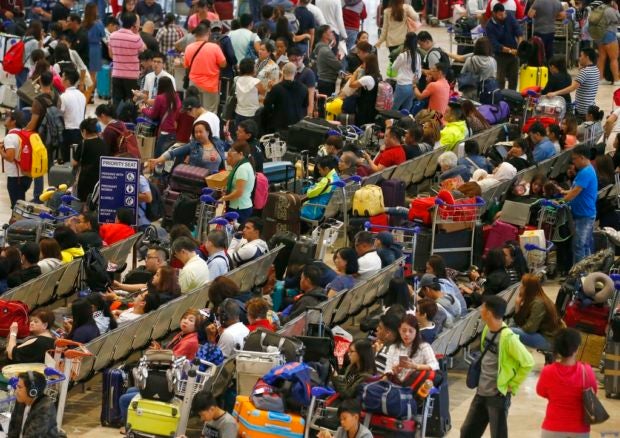 The Xiamen Air flight MF8667 has skidded off a runway at the airport while landing in a downpour and its 157 passengers and eight crew members have been evacuated by an emergency slide.

Only four passengers sustained scratches and all the rest including eight crew aboard Xiamen Air Flight 8667 were safe and taken to an airport terminal, where they were given blankets and food before going to a hotel, airport general manager Ed Monreal told a news conference.

The Boeing 737-800 from China’s coastal city of Xiamen at first failed to land apparently due to poor visibility that may have hindered the pilots’ view of the runway, Director-General of the Civil Aviation Authority of the Philippines Jim Sydiongco told reporters. The plane circled before landing on its second attempt near midnight but lost contact with the airport tower, Sydiongco said. 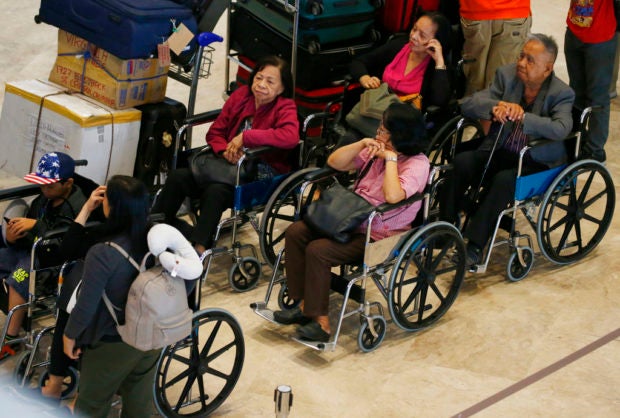 The aircraft appeared to have “bounced” in a hard landing then veered off the runway and rolled toward a rain-soaked grassy area with its lights off, Eric Apolonio, spokesman of the civil aviation agency said, citing an initial report about the incident. 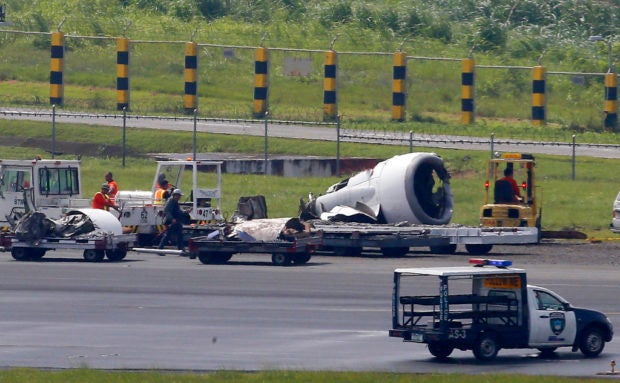 The left engine of Boeing passenger plane from China, a Xiamen Air, sits several meters away on the grassy portion of the runway of the Ninoy Aquino International Airport after it skidded off the runway while landing Friday. AP PHOTO/Bullit Marquez

A Chinese passenger, Wang Xun Qun, who was traveling with her daughter, said in halting English that they embraced each other and were “very scared” before the aircraft landed in a rainstorm. She motioned with her finger how their plane circled for about an hour before the pilots attempted to land. /ac