Use of coconut levy fund up to farmers, says Villar 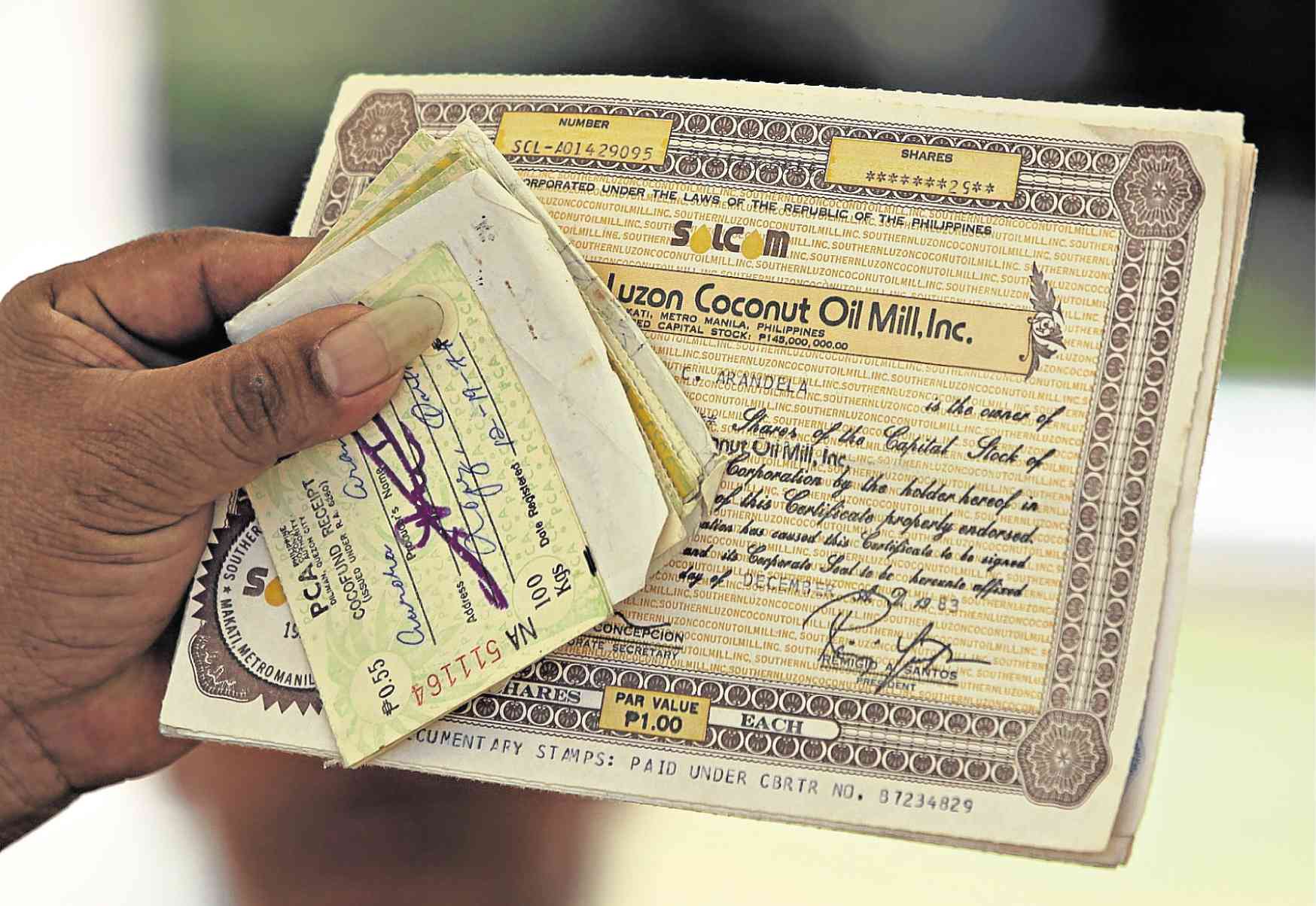 PROOF A farmer in Quezon province shows documents and receipts of his parents’ contribution to the coconut levy fund collected during the administration of the late dictator Ferdinand Marcos. —DELFIN T. MALLARI JR.

LUCENA CITY—Coconut farmers will decide on how to use the P105-billion coconut levy fund that will be released by the government soon, Sen. Cynthia Villar said here this week.

Villar, chair of the Senate committee on agriculture and food, said the congressional bicameral conference committee had changed the composition of the Philippine Coconut Authority (PCA), which would be tasked to manage the fund based on the Coconut Farmers and Industry Development Act (or the coco levy trust fund bill).

“Coconut farmers will be the majority in the reconstituted PCA. It’s up to them if they will be still fooled,” she said, allaying fears of coconut farmers that they would be left out in the management of the fund.

Villar, on Tuesday, was guest in the annual assembly of farmers in Quezon, one of the major coconut-producing provinces in the country.

According to Villar, the reconstituted PCA board of directors will be composed of four representatives from the government, one from the private sector in the coconut industry and six coconut farmers (two each from Luzon, the Visayas and Mindanao).

She said once President Duterte signs the law, every centavo of the coconut levy fund would be used to improve the lives of farmers.

“After the signing of the law by President Duterte, the government will allocate a P5-billion budget annually for the benefit of coconut farmers,” she said. The allocation will be given for 25 years, or until the fund has been depleted.

The Sandiganbayan, in a resolution early this month, ordered the enforcement of the Supreme Court’s 2012 ruling that said P83 billion worth of assets acquired through the use of the coconut levy fund belonged to coconut farmers.

Gov. David Suarez said coconut farmers in Quezon had been waiting for the release of the coconut levy fund.

Farmers from Quezon are believed to be the biggest contributors to the coco levy fund collected during the administration of strongman Ferdinand Marcos. —DELFIN T. MALLARI JR.