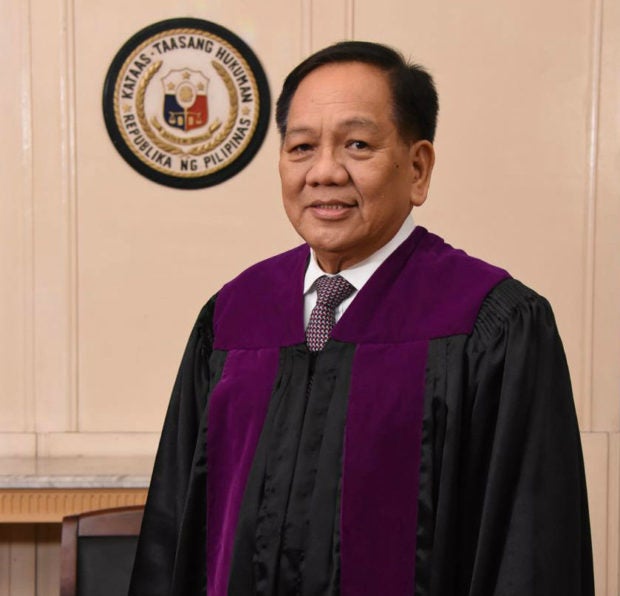 Associate Justice Diosdado Peralta said that while there were significant improvements in the reduction of case backlogs as a result of the implementation of the continuous trial program by the Supreme Court, “we are failing in drug cases.”

During his interview with members of the Judicial and Bar Council (JBC) for the Chief Justice position, Peralta said the disposal rate of cases has increased significantly since they started implementing the continuous trial system in 2012.

It was pilot tested in criminal cases in selected courts in Quezon City, and was later expanded to cover 52 pilot courts in Metro Manila, both in metropolitan trial courts (MeTCs) and regional trial courts (RTCs).

In September last year, the high court implemented the system in all trial courts, including the Sandiganbayan and the Court of Tax Appeals (CTA).

Peralta said the disposal rate of cases at RTC’s increased from 1.12 percent to 44.8 percent. In family courts, the rate increased to 26 percent.

However, he said that in drug cases, the law has set a humanly impossible time frame to resolve the cases.

Under Article XI, Section 90 of the Comprehensive Dangerous Drugs Act of 2002, cases must be resolved not later than 60 days from the date of filing of the Information (charge sheet). The decision on the case must be issued within 15 days from submission. However, he said the courts are “having a hard time.”

He explained that if the drug courts will schedule the trial during arraignment, they could handle six to seven cases that could be resolved within the 60-day deadline.

Considering the evidence that should be examined, the witnesses who need to be called to testify, and laws to be studied, Peralta said the 60-day deadline “is humanly impossible.”

Peralta noted that it was a good thing that Senator Richard Gordon was present during the deliberation as he hinted on the possibility of introducing amendments to the anti-drug law, particularly the deadline given to the judges.

He added that there are also circumstances that are beyond the control of trial court judges such as police officers who file complaints but simply “disappear” when it’s time for them to testify.

If appointed Chief Justice, Peralta said he would prefer a regular summit between the pillars of justice — the judiciary, the Department of Justice (DOJ), and law enforcement — to come up with measures to properly implement the anti-drugs law. /ee