Koko explains why Mocha not in admin Senate slate 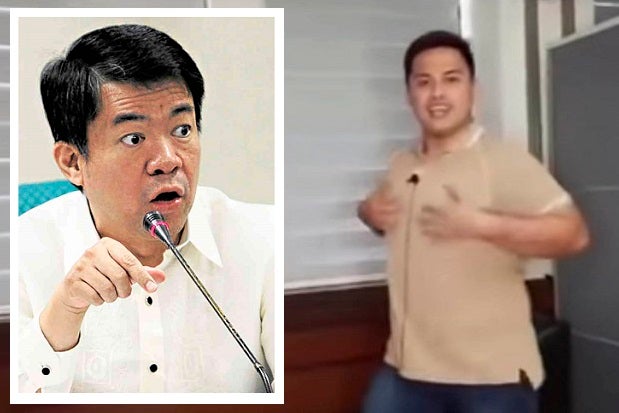 Senator Aquilino ‘Koko’ Pimentel III (inset) said the ‘I-pepe-dede-ralismo’ video of Assistant Secretary Mocha Uson was a step back for the campaign for federalism in the country. INQUIRER FILE PHOTOS

Why is Communications Assistant Secretary Mocha Uson not in the list of the administration’s possible senatorial bets in 2019?

“Self explanatory,” was Senator Aqulino “Koko” Pimentel III’s answer when the question was asked in an interview at the Senate.

It was Pimentel, as president of ruling PDP-Laban, who released the list of 24 names that are possible senatorial candidates of the administration for next year’s elections.

Pimentel said among the criteria for picking the names in the list are party membership, service to the party, willingness to run, name recall, and winnability.

Told about Uson’s support for federalism, he answered: “But she’s not on the list.”

“Basta, we’re not limited to names on the list but she’s not on the list,” Pimentel said.

Told again about Uson’s wide following on social media, the senator told reporters to just stick to the names he endorsed to President Rodrigo Duterte.

Pimentel earlier lashed at Uson for her controversial video where blogger-friend Andrew Olivar was singing and dancing a lewd jingle on federalism called “pepe-dede-ralismo.”

Sought again for comment on a Palace memo reminding its officials and employees to be mindful of their behavior whether on social media and press releases, Pimentel said: “So you see… see? Tama ako [I’m right].” /jpv