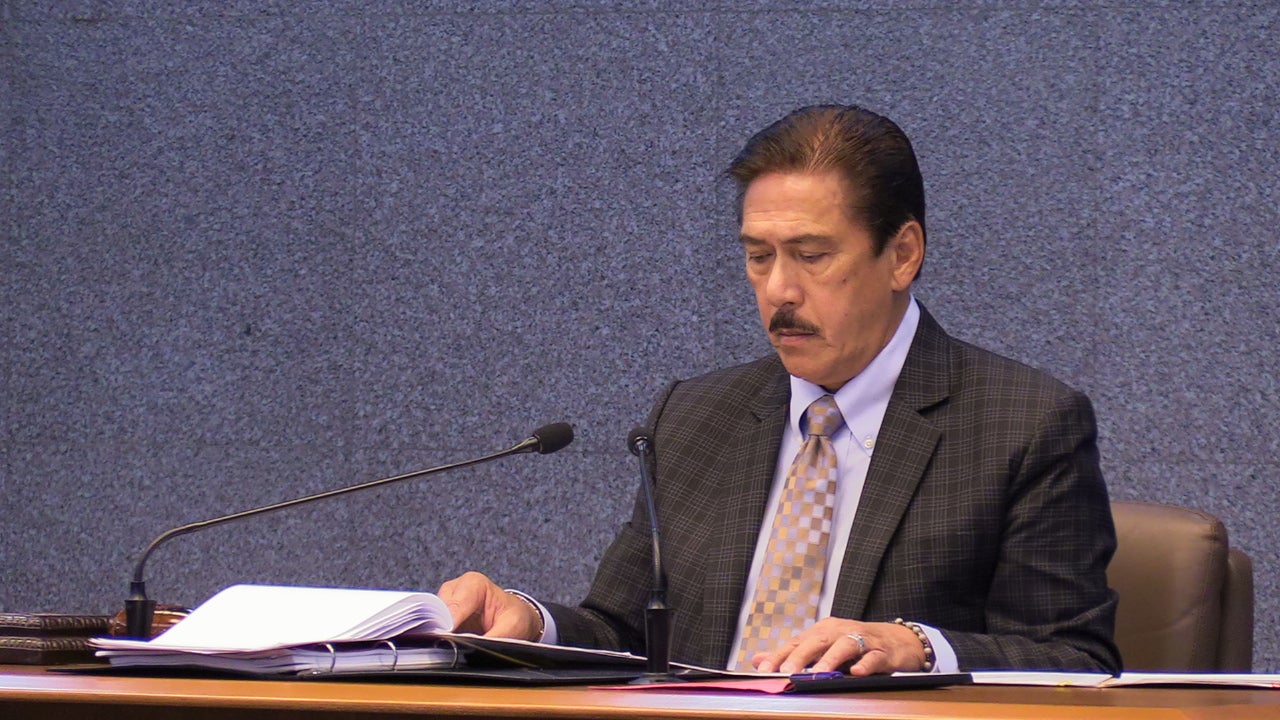 Instead of banning driver-only vehicles on Edsa, Senate President Vicente “Tito” Sotto III is inclined to support a four-day workweek for all workers.

Sotto disclosed that lawyer Romulo Macalintal is proposing a four-day workweek that can be implemented alternately in three cities at a time.

To make up for the lost day, Sotto said workers would have to work 10 hours a day.

“Remember when there was a holiday in San Juan? Ang luwag ng traffic all over,” the Senate leader said in a text message on Thursday.

Asked if he would support such proposal, Sotto said: “Yes but a study should be done first.”

Before adjourning its session on Wednesday, the Senate adopted a resolution, urging the Metropolitan Manila Development Authority to suspend the ban on Edsa.

Sotto, who drives his own car, was among those who initiated the measure.

If the Senate resolution does not mean a “thing, ” then Sotto said MMDA should better explain its budget when they come to the chamber.

“Let’s find out how much they are spending for these experiments,” he said.

“We want to know what goes into these traffic experiments that make many people marginalized,” Sotto added.

ADVERTISEMENT
Read Next
Aquino, Garin not yet off the hook on Dengvaxia mess — solon
EDITORS' PICK
‘A greener, cleaner tomorrow’: A how-to guide for Filipinos who want to help with today’s energy crisis
China expands lockdown against virus, fast-tracks hospital
Get exciting deals and discounts when you download the new McDonald’s App
SM continues to send relief assistance to remote towns in Batangas
Countries with confirmed cases of coronavirus
FlipTop rapper Loonie freed on bail
MOST READ
Taal’s sulfur dioxide emission increases
No time for revelry; Tagaytay instead plans for alert level 5
Megan Young, Mikael Daez get married
Palace: US Senate move also made Duterte junk VFA
Don't miss out on the latest news and information.