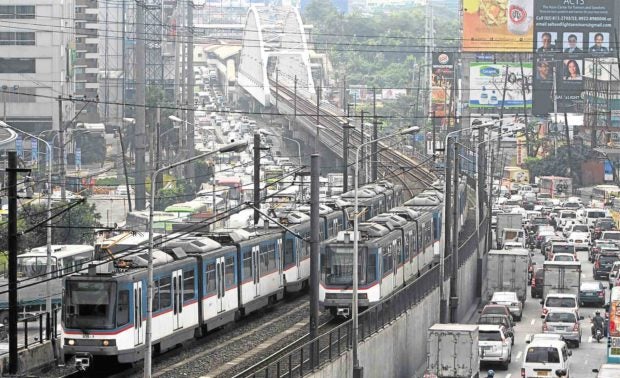 Banning driver-only cars from Edsa during rush hours is a “temporary solution” and “may be unconstitutional,” a party-list congressman said Thursday.

Akbayan Rep. Tom Villarin also said Metro Manila traffic is complicated that it was “not just a singles issue.”

“Banning single drivers is a temporary solution and may be declared unconstitutional as it unduly restricts property rights without due process,” according Villarin.

What government should do to lessen vehicles in the metropolis, he said, is to implement environmental laws banning highly-polluting engines as well as unclog roads with illegally parked vehicles and other obstructions especially on secondary roads to allow traffic flow.

Villarin added that, “Mass transport system should be the norm and private transport an exception by making the latter costly and impractical.”

Ifugao Rep. Teddy Baguilat meanwhile lamented what he termed as “palliative solutions” – driver-only lanes, flexible working hours, carpool lanes, strict bus lanes, even banning motorcycles in Edsa. He believed these would not work because the situation “is just too calamitous and requires drastic solutions.”

“There are just too many private vehicles on the road and not enough good roads. Coupled with an ancient drainage system that leads to floods and clogged secondary roads, relief from traffic is not achievable for now,” he noted.

But instead of looking at recalling the ban on driver-only cars from Edsa, Baguilat said the House of Representatives “must focus on our oversight and budgetary functions in demanding the government to present its master plan for improving mass transport system” and “provide the budget.”

Earlier, Senior Deputy Minority Leader Buhay Rep. Lito Atienza strongly opposed the directive of the Metro Manila Council to ban driver-only cars from Edsa during rush hours, putting the blame of heavy traffic on the presence of buses and illegal bus terminals along the major thoroughfare.

He said he would file a resolution on the matter.

READ: Lito Atienza not in favor of banning driver-only cars from Edsa

On Wednesday, the Metropolitan Manila Development Authority (MMDA), a member of the MMC, launched a dry-run of its high-occupancy vehicle (HOV) traffic scheme in a bid to encourage motorists to share a ride or car pool.