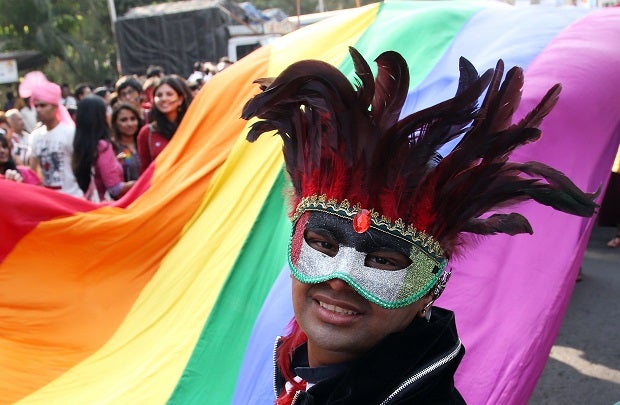 A supporter of the lesbian, gay, bisexual and transgender community wears a feathered mask and participates in a gay pride parade in Mumbai, India, Saturday, Jan. 31, 2015. . AP

GENEVA, Switzerland – A French doctor claiming he can treat homosexuality using alternative therapies like homeopathy was on Wednesday placed under investigation by the Swiss canton of Geneva where he has been practicing.

Regional health minister Mauro Poggia asked a commission overseeing health professionals and patient rights in the canton to open an investigation into the practice of Dr. Jean-Yves Henry, he told the Le Courrier daily in an interview.

“For him, it would seem that homosexuality is an illness to cure. This element is enough to justify opening an investigation,” Poggia was quoted as saying.

The decision came after comments began flourishing on social media and then on mainstream media about the doctor and an article he authored in 2009 about homosexuality, which he says is “not a pathology but a special symptom” seen in “borderline” and other patients.

Henry, who is a licensed general practitioner in Geneva and who also has a homeopathic practice in the neighboring canton of Vaud, goes on to describe a range of homeopathic therapies that can be used to remedy this “symptom”, with different methods recommended for boys and girls.

Contacted by Swiss public broadcaster RTS Tuesday, he appeared to double down on that interpretation.

“Homosexuality is a symptom like any other, like having a headache or hay fever. I don’t understand what the problem is,” he said.

An undated addendum on the www.medecine-integree.com website where his article was published meanwhile appeared to take issue with the media coverage in recent days, pointing out that homosexuality is one of 64,000 symptoms that Henry and his colleagues evaluate in their work.

The note stressed that the page on homosexuality had first and foremost been aimed at “making our students think about the relationship between medical remedies and behavioral symptoms.”

The Geneva commission has been tasked with examining if opinions expressed by Henry are independent of his medical activity and whether he has endangered his patients or practiced illegal medicine, according to Poggia. /cbb