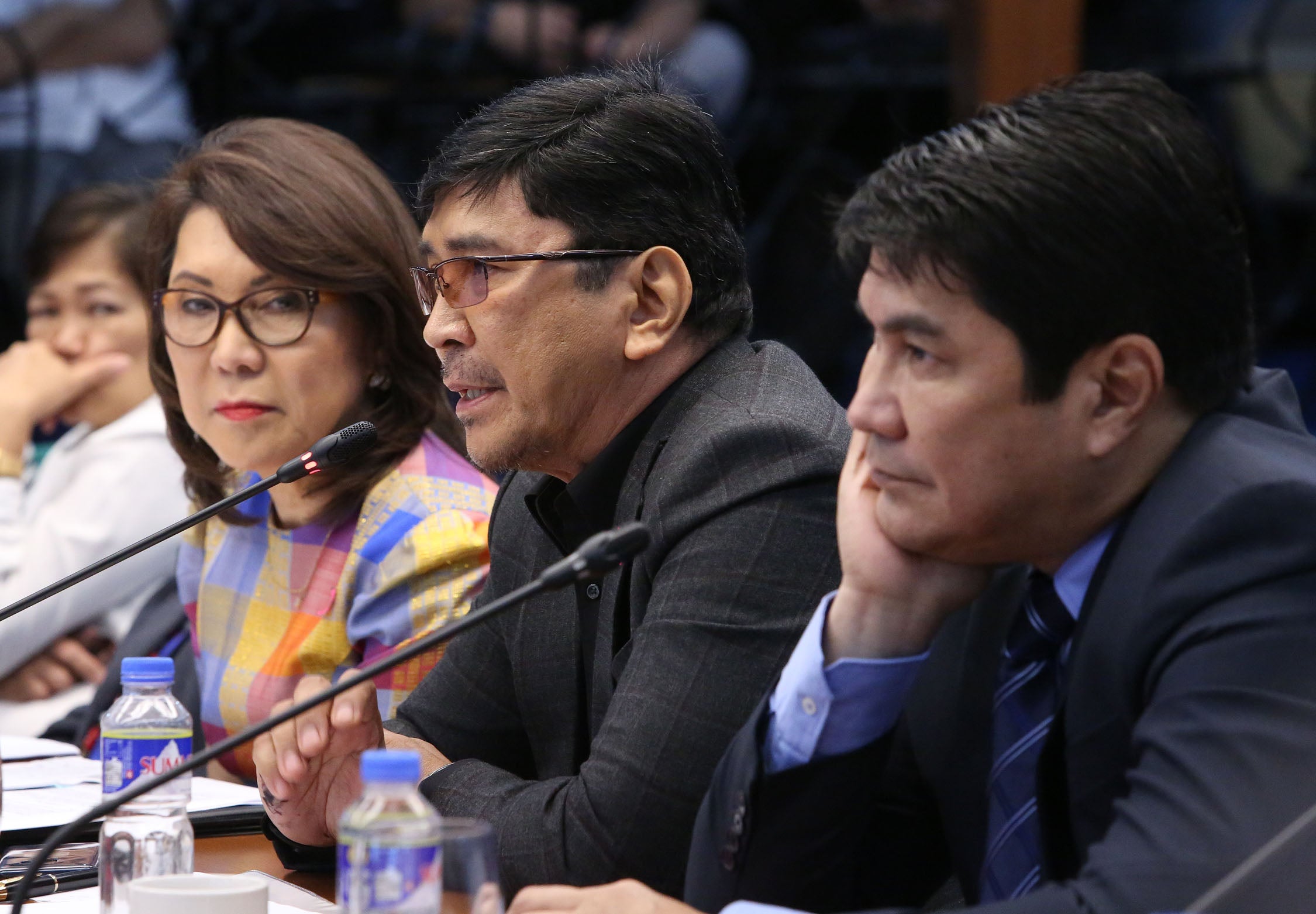 SPOTLIGHT Former Tourism Secretary Wanda Tulfo-Teo and her brothers, Ben and Erwin, testify in a hearing of the Senate blue ribbon committee, which is looking into a controversial advertising deal they had entered into. —MARIANNE BERMUDEZ

Sen. Antonio Trillanes IV said on Wednesday he would pursue plunder charges against former Tourism Secretary Wanda Tulfo-Teo and her brothers, Ben and Erwin Tulfo, a day after they appeared at a Senate hearing to deny any wrongdoing in the P120-million advertising deal to place Department of Tourism (DOT) advertisements on Ben’s television show last year.

“It’s as clear as day that all the elements of the crime of plunder were committed by the siblings Ben Tulfo, Erwin Tulfo and Wanda Teo and some officials of the DOT and PTV4,” Trillanes said in a statement.

“As a result of this, I will continue my plan to file a plunder case against them,” he added.

The ads were placed in “Kilos Pronto,” a public service show produced by Bitag Media and hosted by Ben, Erwin and Alex Santos.

At Tuesday’s hearing of the Senate blue ribbon committee, Teo denied knowing beforehand that Kilos Pronto was connected to her brother.

Ben, on the other hand, insisted there was no conflict of interest as his media outfit never entered into a direct contract with the DOT.

Erwin said he was only a “talent” in the show.

“Besides the fact that they had no basis to put P120 million in advertisements in a low-rating program, former DOT Secretary Teo’s alibi that she did not know her own brother Ben Tulfo was the owner of Kilos Pronto is incredible,” Trillanes said.

“In addition to this, Erwin Tulfo was forced to admit that he benefited from this transaction because he earned P150,000 per episode, or more than P3 million a month,” Trillanes added.

Under the Ombudsman law, plunder is committed by “any public officer who, by himself or in connivance with members of his family … business associates, subordinates or other persons, amasses, accumulates or acquires ill-gotten wealth … in the aggregate amount or total value of at least P50 million.”

During the hearing, Trillanes taunted the Tulfo siblings by reading aloud the definition and penalties of plunder, saying: “We have no death penalty, so you’re lucky.”