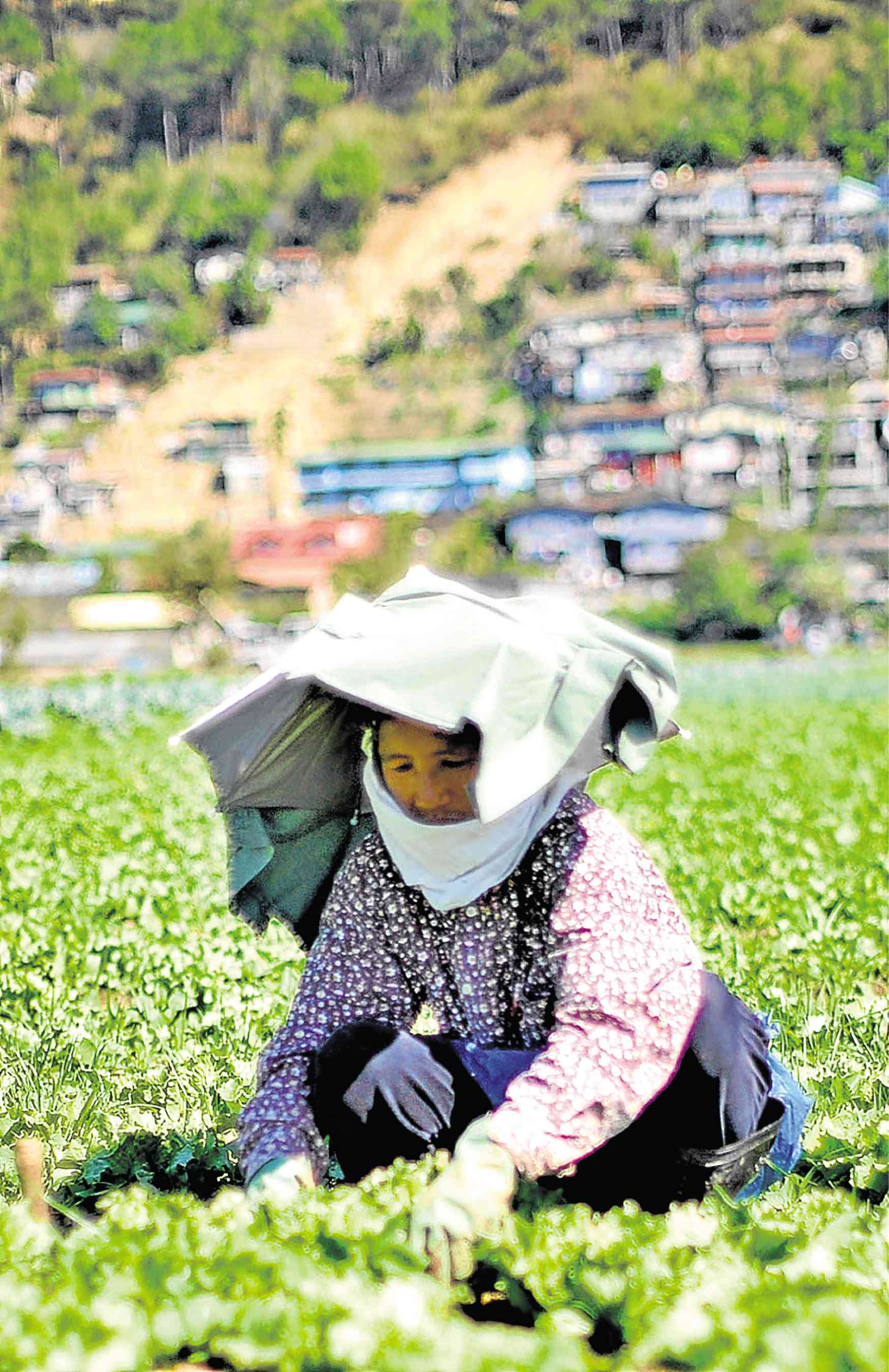 Supply of vegetables from Benguet remains stable despite heavy rains in the province.—EV ESPIRITU

LA TRINIDAD, Benguet — Torrential rains in the past days have left minor damage to vegetable gardens, and will not lead to a supply shortage, farmers and officials here said.

About 27,000 hectares of vegetable gardens, some carved out of mountainsides, are the sources of over 80 percent of the country’s salad vegetables such as carrot, cabbage, cauliflower and lettuce.

This week, vegetable prices increased by P3 to as much as P20. The price of carrots, for instance, rose from P50 to P90 a kilogram.

Traders said the delayed arrival of vegetables at the trading post here accounted for the spike, but costs might increase due to losses from transporting vegetables to Metro Manila.

Trucks loaded with vegetables had been diverted to the Baguio-Bauang Road (also known as Naguilian Road) after the Department of Public Works and Highways closed Marcos Highway to heavy vehicles on Aug. 14. 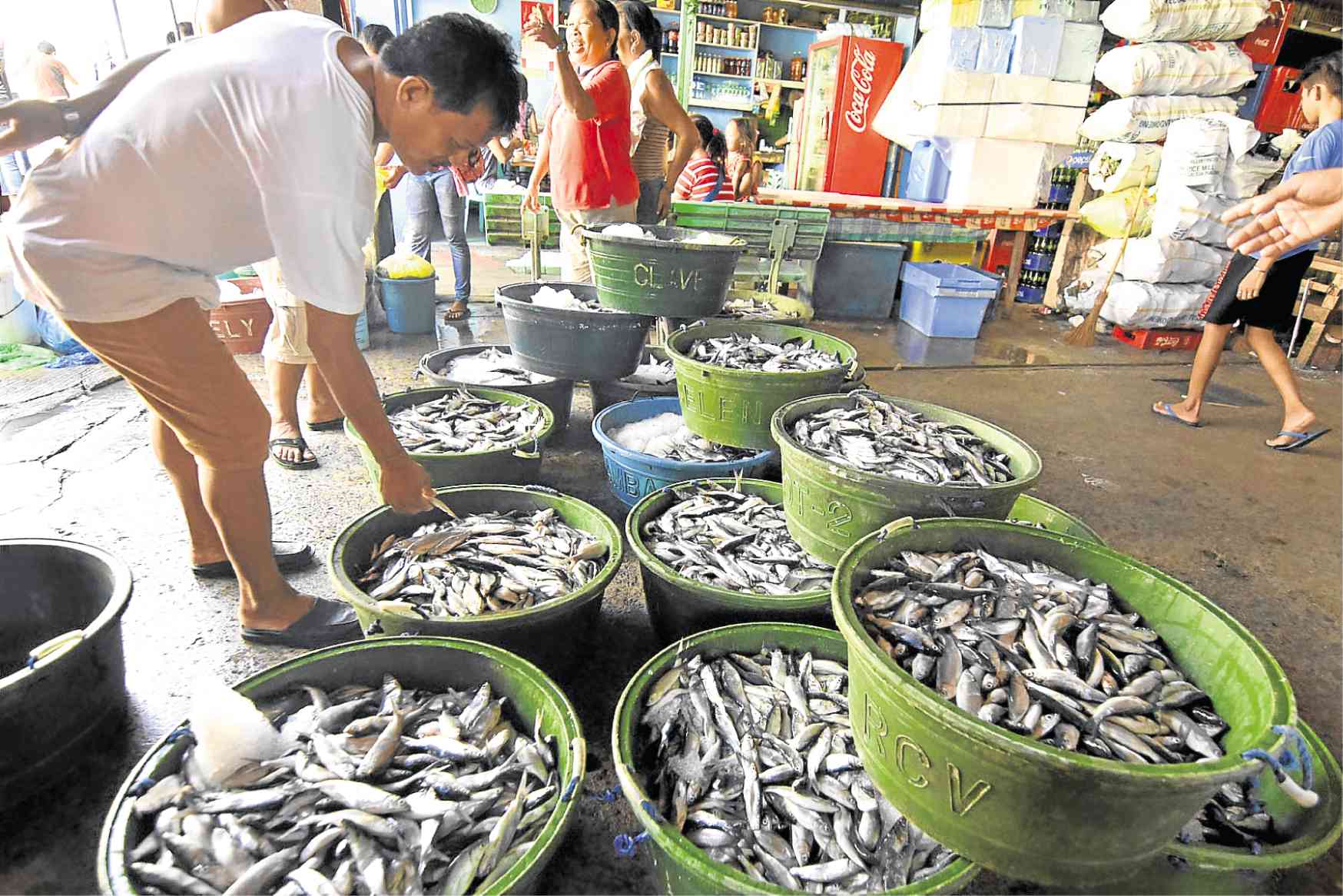 “BANGUS” DELIVERY In this photo taken in June, a buyer inspects tubs of newly delivered milkfish at the Dagupan City market.—WILLIE LOMIBAO

In Pangasinan province, P5 million worth of “bangus” (milkfish) swam to the open sea when fish ponds overflowed due to the monsoon rains and swollen rivers.

Bangus growers were still trying to recover from another P5-million loss from massive flooding last month, according to Dagupan City agriculturist Emma Molina.

Bangus, Dagupan’s main aquaculture product, is grown in more than 900 ha of ponds in the city.

On Wednesday, 21 of the city’s 31 villages remained submerged, prompting city government officials to suspend classes for the third straight day.

Molina said P2 million worth of newly planted “palay” in 155 ha of rice fields were also destroyed by floodwaters.

On Wednesday, the National Power Corp.  said it was reducing the number of open spillway gates of the San Roque Dam in San Manuel town from five to three. The dam had been spilling water into the Agno River since Sunday to lower its reservoir’s water level. 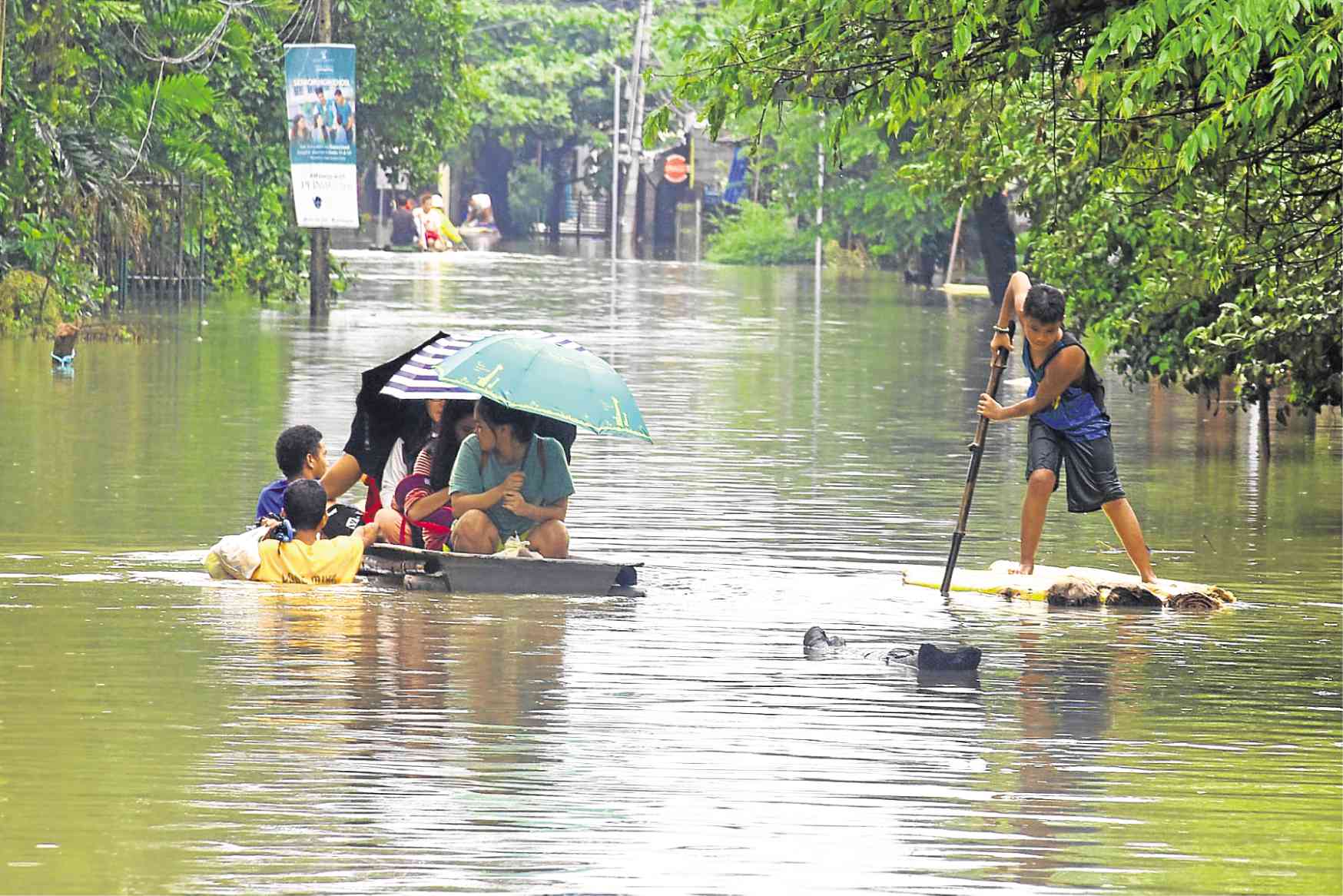 RAFT ROAD Residents are forced to use rafts and boats to travel along the main road of Barangay Lasip in Calasiao, Pangasinan province, while floodwaters have yet to recede in sections of the town.—WILLIE LOMIBAO

In Central Luzon, Bulacan province was placed under a state of calamity as flooded villages in the region increased to 357 from 338 on Tuesday, according to the regional disaster risk reduction and management council.

In declaring a calamity state, the provincial board cited massive floods in nearly all 24 towns and cities due to high tide and rains induced by the southwest monsoon since last month. —Reports from Karlston Lapniten, Gabriel Cardinoza, Carmel Reyes-Estrope and Tonette Orejas