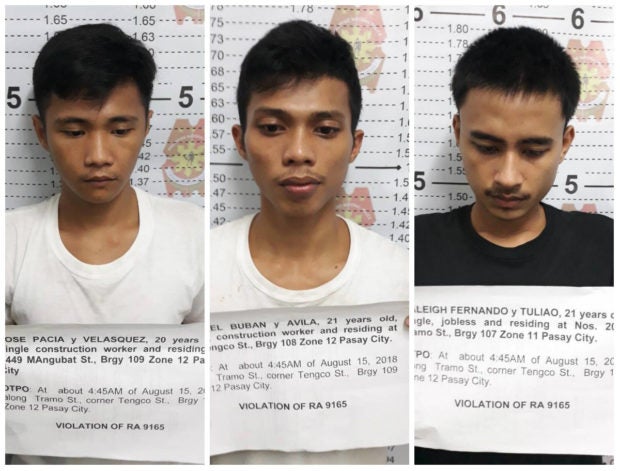 Police arrested three men caught in the act of having a pot session in Pasay City on Wednesday.

According to police, a tip from a concerned citizen prompted them to launch an operation against the three suspects. The tipster told police about a group of men smoking marijuana inside a tricycle.

The suspects reportedly scampered away and tried to evade arrest upon seeing the approaching policemen. They were however cornered by operatives.

Fernando, Buban, and Pacia were detained at a Pasay City police station as drug charges were being prepared against them.   /kga