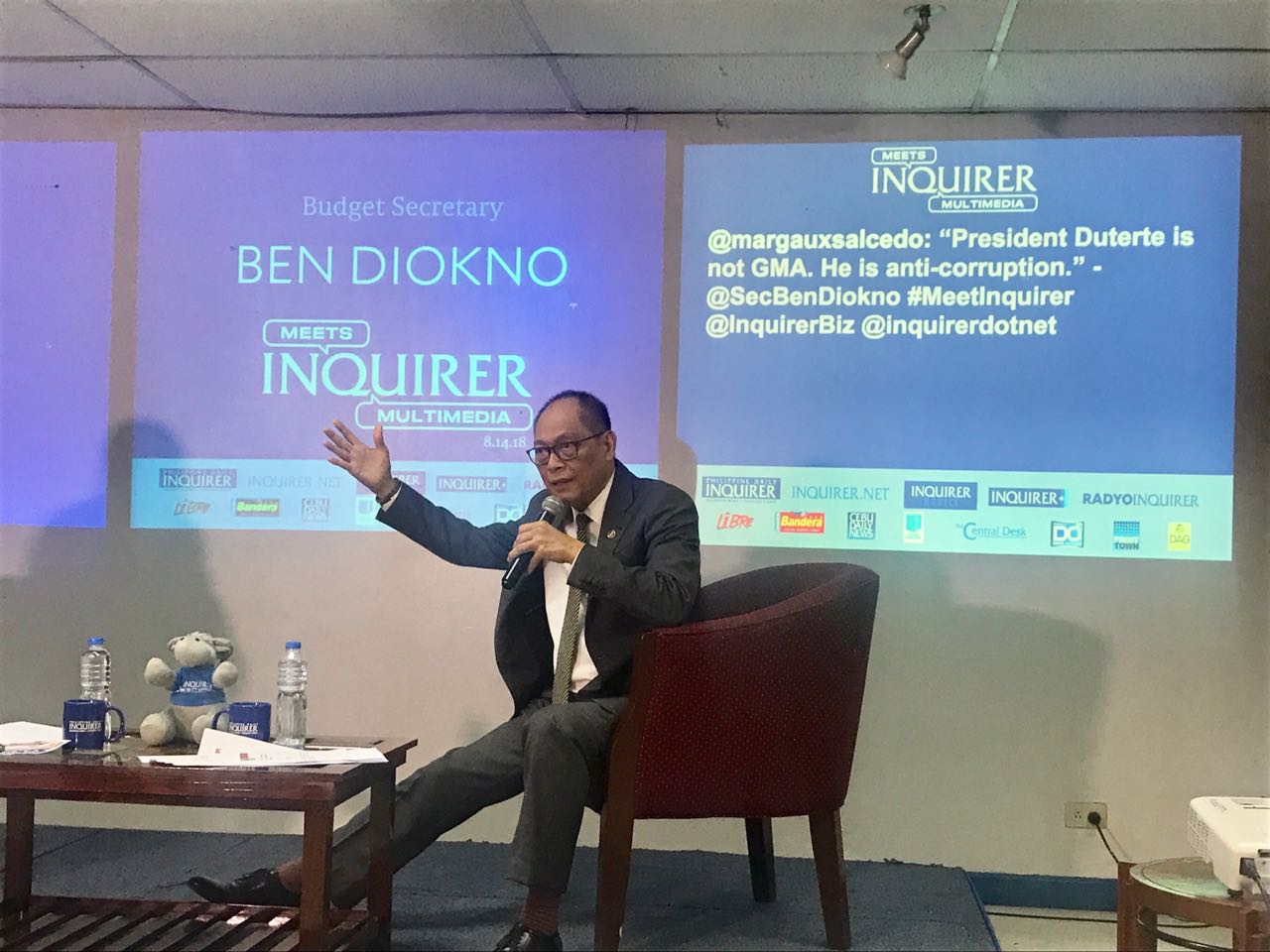 “Well, the request was they will return [the budget] to us and we will increase the budget. And I said that’s not possible,” Diokno said during the Meet Inquirer Multimedia Forum at the Philippine Daily Inquirer Headquarters in Makati City.

He said the proposal was for the government to “increase the deficit.”

“That of course is not acceptable to us,” he said.

The budget chief said the Duterte administration was ready for a reenacted budget.

“You (Congress) may choose to reject the budget as we proposed and we are ready for a reenacted budget because that is also provided for in the Constitution,” he said. “The Constitution provides that if Congress fails to pass the budget by December this year, then this year’s budget is deemed reenacted.”

He said a reenacted budget was the administration’s Plan B.

“Our Plan A is to pass the budget. If they cannot be persuaded, we go to Plan B, which is a reenacted budget,” he said.

The House of Representatives and the Senate had earlier suspended the hearings for the 2019 national budget as they expressed opposition to the administration’s shift to a cash-based budget system. /je