Ben Tulfo dares Trillanes on corruption claim: Say it to my face 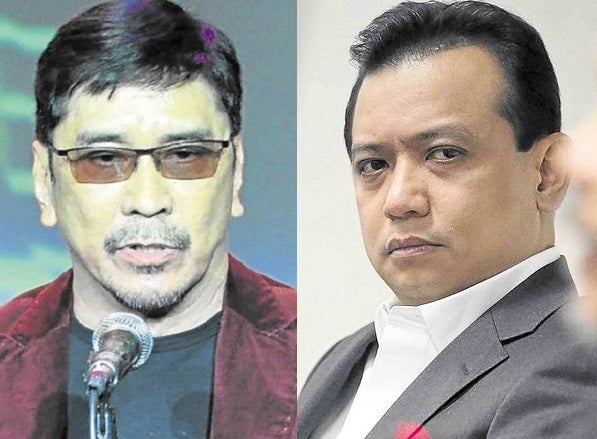 Television host Ben Tulfo dared Senator Antonio Trillanes IV on Tuesday to say to his face that he is corrupt, as the lawmaker earlier alleged in the media.

Tulfo and Trillanes came face to face when the Senate Blue Ribbon Committee began its probe on the P60-million advertisement deal with state-run PTV-4.

Tulfo maintained that he would not return the money insisting that his company, Bitag Media Unlimited Inc., had a contract with PTV-4.

“At saka we faithfully delivered the contract between me and PTV,” he said.

At this point, Senator Richard Gordon, chairperson of the committee, admonished Tulfo, saying he was supposed to deliver his statement only.

Gordon also reminded the resource person that he could not directly address a senator during the hearing. /cbb