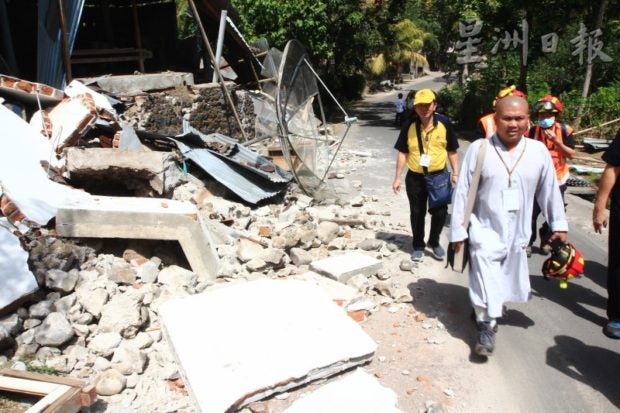 LOMBOK — The relief mission comprising of Malaysia Fo Guang Shan, Perkumpulan Sinar Budha in north Sumatra, Indonesia, and Sin Chew Daily Foundation arrive at Tanjung, a village in northern Lombok with the most number of Buddhists on its second day in Lombok.

The volunteers shifted relief items stored in a warehouse nearby to the trucks after briefing session by Lim Kim Leng, commander of the Malaysia Fo Guang Shan relief team in the morning.

The warehouse is provided by the Hakka Association in Lombok, Indonesia for Perkumpulan Sinar Budha in north Sumatra, Indonesia to store relief items. Items such as rice, mineral water, instant noodles, blanket, eggs, and soap are distributed to Buddhists in two villages – Desa Lendang Bila and Desa Tegal Maja.

It takes one and a half hour of car ride from Madaran to the two villages. Along the way, the volunteers witnessed many collapsed building. Some children were standing in the middle of the road to ask for donation or relief items from cars, disregarding danger.

The two villages have more than 70% of Buddhists. Aid by the local government has not reached them. Villagers were excited when they saw the arrival of the relief team.

Suriana, 44, person in charge of Desa Lendang Bila, wept when he saw the relief items in the truck after the door was opened. 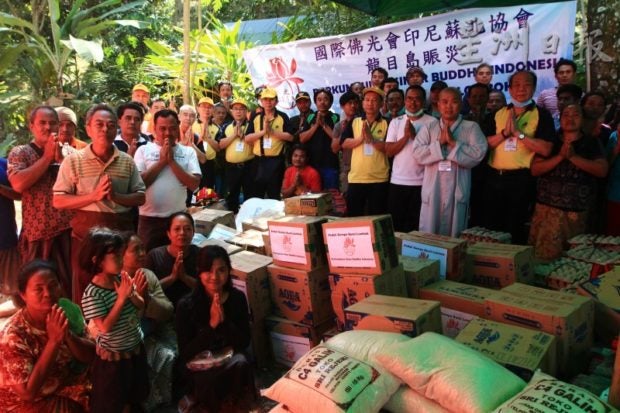 The only Buddhist temple which is also the oldest temple on Lombok Island has been destroyed due to the earthquake. It required some time to rebuild. Rev Huifa later led a team of volunteers to chant the heart sutra with local villagers outside the demolished temple to offer blessings to the victims.

Anadi, 50, another person in charge of a different village, told reporters that 2,200 families in Tanjung were affected by the earthquake. The total number of victims was 6,022. All of their homes were collapsed. Four were killed. He said the economy in Tanjung has been paralyzed but he believed it would recover soon. 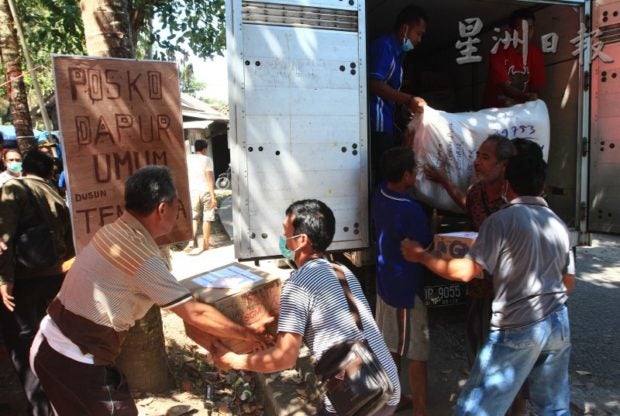 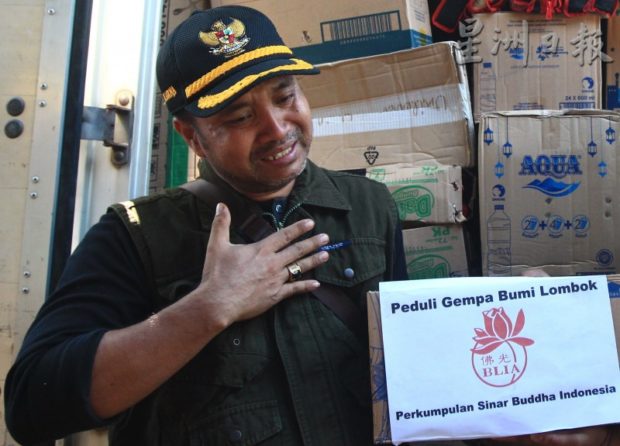