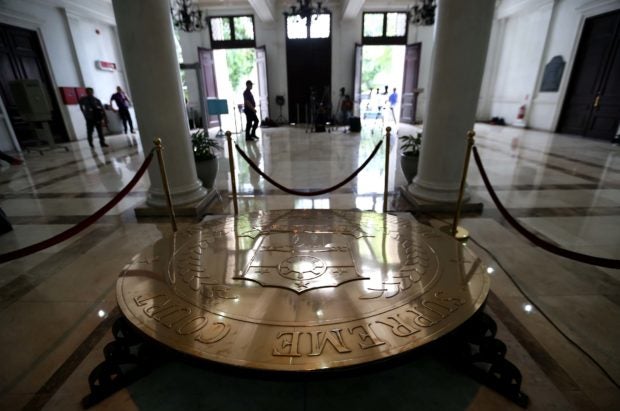 The Supreme Court (SC) has rescheduled again the oral argument on the petition that sought to nullify the Duterte administration’s action withdrawing the country’s membership from the Rome Statute of the International Criminal Court (ICC).

In its advisory, the high court reset the oral argument from August 14 to August 28.

“Full resolution will come out after the en banc deliberations tomorrow. Parties are being informed,” the SC wrote in its advisory.

The rescheduling of the oral argument stemmed from a request of the Senate minority members, who said in their manifestation that they “do not have a representative for the oral arguments on 14 August 2018” as the SC denied the bid of Senator Leila De Lima to argue on case in behalf of the Senate.

The Senate minority members deem De Lima as the one able to fully articulate their position on the issue.

This is the second time the SC rescheduled the oral argument on the ICC petition. It was originally set on August 7 before it was moved to August 14, and then now to August 28.

In their original plea filed last May 16, the opposition senators asserted that the country’s withdrawal from the Rome Statute “cannot be justified under the so-called ‘residual powers’ of the President.”

Duterte announced the country’s withdrawal from the Rome Statute last March, citing the “baseless, unprecedented and outrageous attacks” against him and his administration over its anti-drug war, which has been blamed for the death of thousands.   /kga