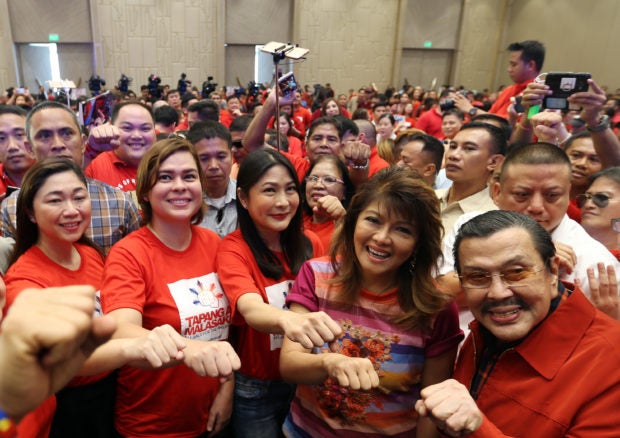 The Hugpong ng Pagbabago (HnP) party of Davao City Mayor Sara Duterte-Carpio “will become the voice of Mindanao and a force to reckon with like the time-tested solid North,” says Ilocos Norte Governor Imee Marcos who on Monday formally inked an alliance with HnP.

Solid North refers to the regional alliance of the Marcos family’s territory in Ilocos Norte to seven other provinces in northern Luzon.

Marcos said she entered into an alliance with HnP because “is not a monolithic, hierarchical or traditional party. Its approach is very local.”

“I think it is a very interesting model, something that is workable on the ground,” the governor said. “This model is better because a candidate wins or loses in the local contests anyway. It is not about the big political parties in Manila.”