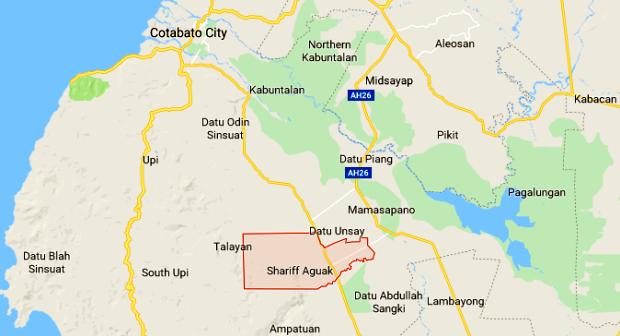 CAMP SIONGCO, Maguindanao – An ordnance expert was slightly injured when an improvised explosive device (IED) he was trying to deactivate went off Sunday morning, the Philippine Army said.

Capt. Arvin John Encinas, speaking for the 6th Infantry Division, did not identify the injured member of Army Explosive and Ordnance Disposal Unit. But he said the officer is now out of danger.

Earlier in the day, soldiers discovered a suspected IED in Barangay Kuloy in Shariff Aguak, Maguindanao and were trying to deactivate the device when it went off at 11:30 a.m.

It was third IED that bomb experts tried to deactivate Sunday. Two other IEDs were defused earlier, also in Shariff Aguak.

“Violent extremism and terrorism have no place in Central Mindanao,” Sobejana said. “We condemn in strongest term the criminal and barbaric acts of these local terrorist groups.”

On Saturday, a civilian who happened to be near an Army base was injured when suspected member of the BIFF, riding on a motorbike, hurled two hand grenades at 8 p.m.

One of the grenades landed inside the 57th Infantry Battalion detachment in Barangay Labu-Labu, but no soldiers were injured.

According to Sobejana, the bombing attempts were part of the retaliatory attacks by BIFF to get back at government forces following their setbacks in recent military offensives against them.

Sobejana reiterated his directive to all Army units to remain on alert as the terrorist group was trying to make news again. /atm