5,200 evacuated in Pasig, San Juan, Manila due to floods 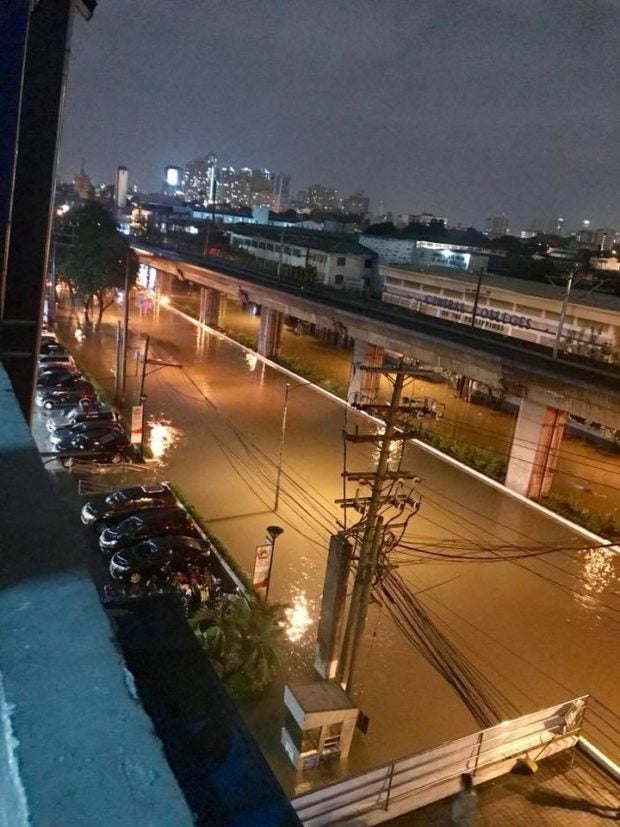 A big portion of Aurora Boulevard fronting the UERM and Central Colleges of the Philippines in Quezon City is flooded after the San Juan River overflowed Saturday night. CONTRIBUTED PHOTO

A total of 1,146 families or 5,264 individuals were evacuated from their homes to schools and covered courts serving as temporary shelters as floodwaters rose in the cities of Pasig, San Juan and Manila.

According to a report by the Pasig City Police Station on Sunday, as of 3 p.m., 239 families were staying at the Santolan Elementary School,31 were at the Barangay Manggahan covered court, 8 at the Karangalan Park in Dela Paza,81 at the Rosario Elementary School, and 110 at the Estela Mariz covered court in Maybunga.

The Ilaya Covered Court in Santolan houses most of the evacuees, with 653 families or 3,075 individuals.

Meanwhile, 237 individuals or 55 families were evacuated in San Juan City.

In Manila, the city Police District Tactical Operations Center reported that 40 families or about 141 individuals were staying at the Baseco Sports Complex on Sunday morning.

The Philippine Atmospheric, Geophysical and Astronomical Services Administration said the southwest monsoon or habagat would continue to bring scattered to widespread rain over Luzon. /cbb