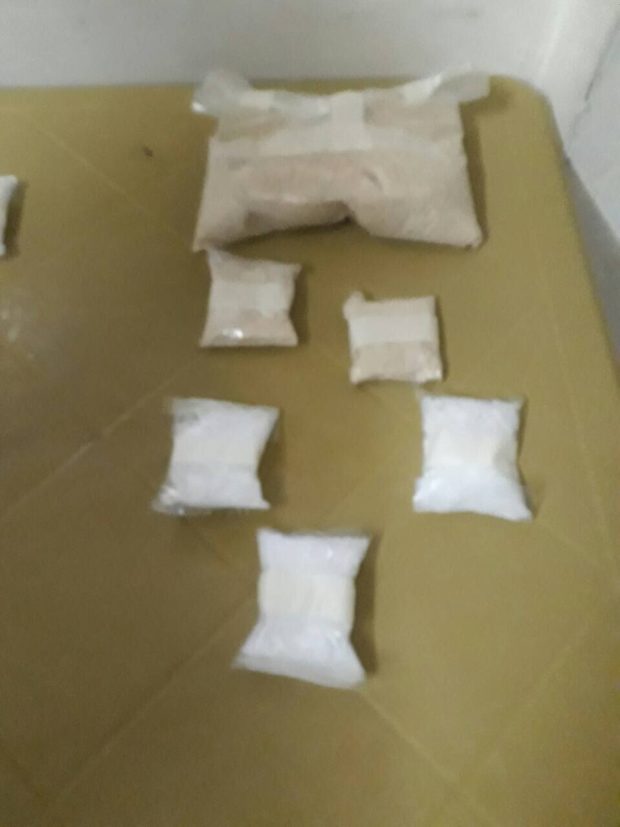 This photo shows the volume of alleged shabu seized by operatives during a buy-bust operation in Caloocan City on Friday, August 10, 2018. Authorities estimate the value of the confiscated illegal drugs at P61 million. (Photo from the National Capital Region Police Office)

Police arrested four men and seized packets of suspected shabu, which was estimated to be worth P6.1 million, during a buy-bust operation in Caloocan City early Friday morning.

According to a report from the Northern Police District, the six sachets of suspected shabu weighed 850 grams. 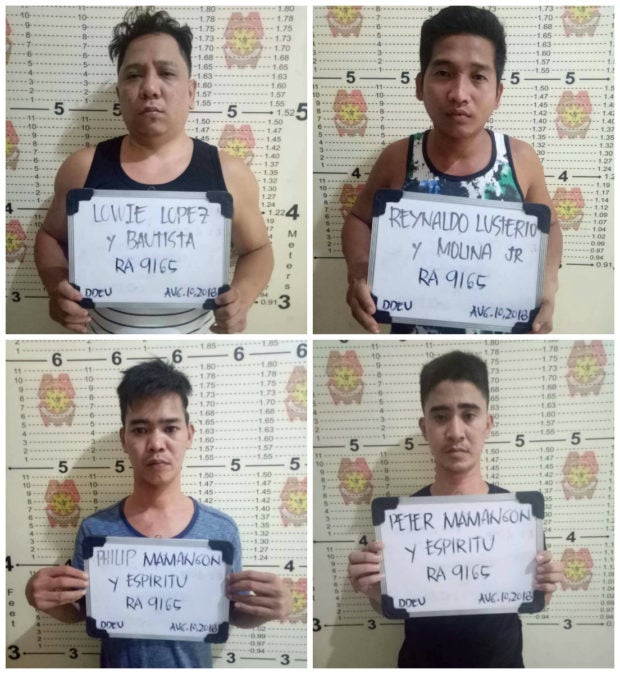 Operatives arrest four suspects and confiscate P6.1 million worth of alleged shabu from them during a buy-bust operation in Caloocan City on Friday, August 10, 2018. (Photo from the National Capital Region Police Office)

Police said the illegal drugs were confiscated from the four suspects identified as Peter and Philip Mamangon Espiritu, Lowie Lopez Bautista, and Reynaldo Lusterio Jr. They were collared immediately after a sting operation around 3:30 a.m. at Libis Baesa, Barangay 160.

The suspects will be facing drug charges in court, authorities said. /kga