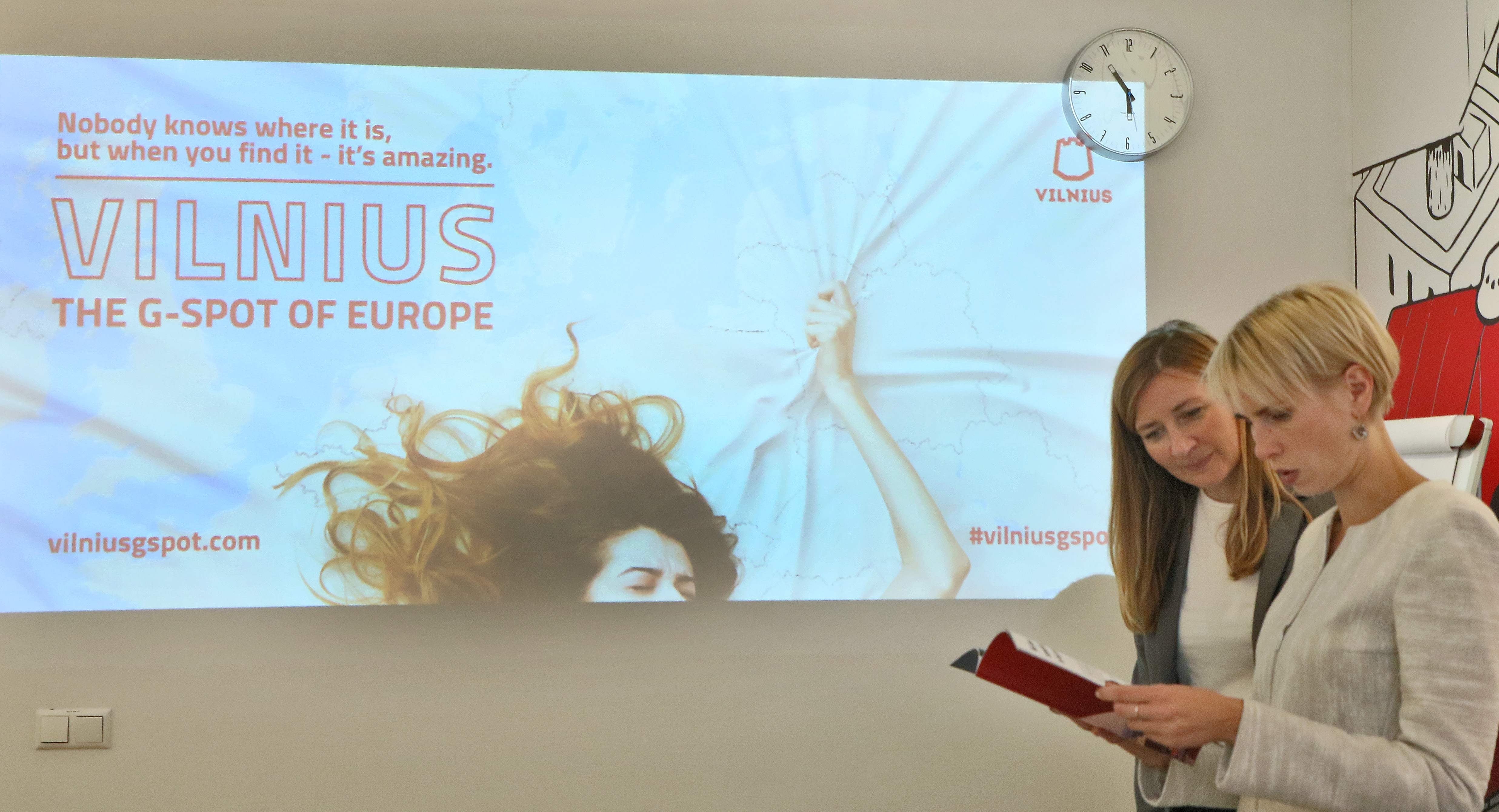 TOURISM LURE The publicity campaign of Vilnius refers to Lithuania’s capital as the “G-Spot of Europe” after the erogenous zone. At right is Inga Romanovskiene, director of official tourism service Go Vilnius, with Indre Speciunaite, public relations manager. —AFP

VILNIUS, LITHUANIA — The capital of this Baltic country is pressing ahead with controversial plans for a raunchy international advertising campaign that refers to the city as the “G-spot of Europe,” despite opposition from the Church and central government.

Posters advertising Lithuania’s capital, due to appear starting on Thursday in Berlin and London, show a young woman lying on bed sheets printed with the map of Europe and clutching a handful of cloth where Vilnius is located.

“Nobody knows where it is, but when you find it, it’s amazing. Vilnius, the G-spot of Europe,” says the advertisement, which is aimed at portraying the city as the continent’s undiscovered treasure.

The reference to the elusive erogenous zone has raised hackles in the devoutly Catholic country of 2.9 million people.

Images of the campaign banner have already gone viral on social media, provoking both support and criticism.

Former Vilnius Mayor Arturas Zuokas criticized the campaign, telling Agence France-Presse (AFP) on Wednesday that “no one in the West is using sexist references in marketing anymore, especially when we speak about public authorities.”

Vilnius Archbishop Gintaras Grusas has said the campaign “potentially strengthens the image of Vilnius as a sex tourism city and exploits the sexuality of women.”

The government of Lithuania, a member of the European Union, earlier asked the city to postpone its tourism campaign until after the visit of Pope Francis in late September.

But the campaign organizers refused, arguing that the advertising will end before the Pontiff’s visit and is in no way associated with him.

“Those who are outraged are only showing that the campaign actually works, because it is making a fuss and provoking discussion,” Jurgis Ramanauskas, one of the advertisement’s creators, told AFP

Go Vilnius, the city’s official tourism service, said the poster, created by Lithuanian advertising students, was aimed at people aged 18 to 35 and would only be displayed for a week.

The poster will run alongside an online campaign, which will last a month.

The Lithuanian capital attracted 210,000 visitors in the first three months of this year, a 7.5-percent increase from the same period last year, according to Go Vilnius. — AFP