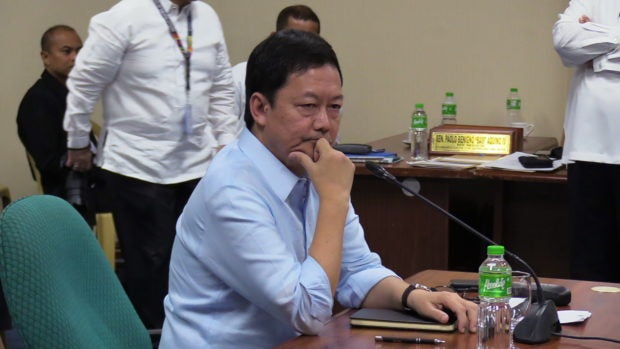 The contract, which President Rodrigo Duterte described as “flawed,” led to the sacking of NPF officials.

In a text message on Thursday, Guevarra directed the OGCC to immediately conduct the review of “all relevant facts” as well as “contracts, agreements, and other documents” related to “this questioned transaction.”

“I have instructed the office of the government counsel, as statutory counsel of all Government-Owned and -Controlled Corporations (GOCC), under the direct supervision of the Department of Justice (DOJ),” Guevarra said.

The DOJ chief further said the review would also include “legal opinions previously rendered by the Office of the Government Corporate Counsel (OGCC) to its client Nayong Pilipino Foundation Inc.” He then instructed the government counsel “to submit a report with recommendations on the proper course of action for the govt as soon as possible.”

LRPDC, a subsidiary of Hong Kong’s Landing International Development Ltd., has a provisional license to operate a casino issued by the Philippine Amusement and Gaming Corporation (Pagcor).

The casino will be a part of its tourism project in coordination with NPF. They will reportedly develop a $1.5-billion casino-resort in NPF’s property at Entertainment City in Parañaque.

The groundbreaking ceremony for the project was held Tuesday, the same day Malacañang announced that Duterte has fired the entire NPF board and management.

The NPF is a GOCC attached to the Department of Tourism.  /kga