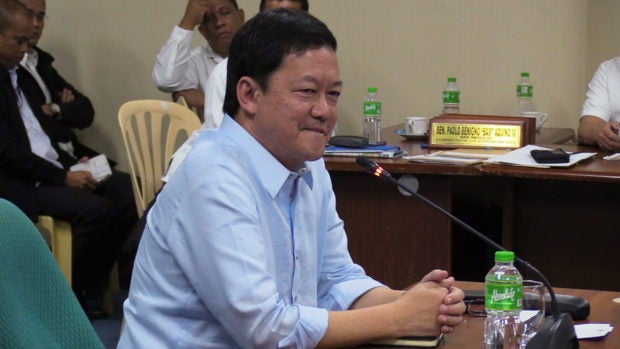 “I am so happy that the SC understands the predicament of the DOJ resulting from the court’s previous ruling which nullified the Watch List Orders (WLOs), Hold Departure Orders (HDOs), etc issued by the DOJ,” Guevarra said in a text message to reporters.

The DOJ then, expressed apprehension that with the ruling, individuals facing criminal complaint which have yet to be filed in court can easily go abroad.

But with the new rule on PHDO issued by the high court Tuesday, Guevarra said the DOJ was thankful for the court’s assistance in preventing the flight of suspects subject of criminal complaints.

“I thank the SC for giving the DOJ, with the assistance of the courts, the ability to prevent the flight of persons found probably guilty, during the preliminary investigation stage, of having committed serious offenses such as drug trading, human trafficking, large-scale estafa, and terrorism,” he added.

For now, Guevarra said they were reviewing the ILBO rule “to remove any seemingly restrictive features in the light of the recent Supreme Court decision in Arroyo vs. De Lima” referring to the decision that clipped the DOJ’s power on issuing HDOs, ILBOs and watchlist.

“In the meantime, the department will not issue any new ILBOs,” Guevarra said

PHDO is a written court order directing the Bureau of Immigration to prevent any attempt to leave the country by a person suspected of a crime punishable by a minimum penalty of at least six years and one day.

The High Court gave the assurance that the issuance of a PHDO would not affect any findings of probable cause in the preliminary investigations of criminal complaints before the DOJ’s National Prosecution Service and its regional and city offices.

The rule on PHDO will take effect within 15 days of publication in two newspapers of general publication. /cbb