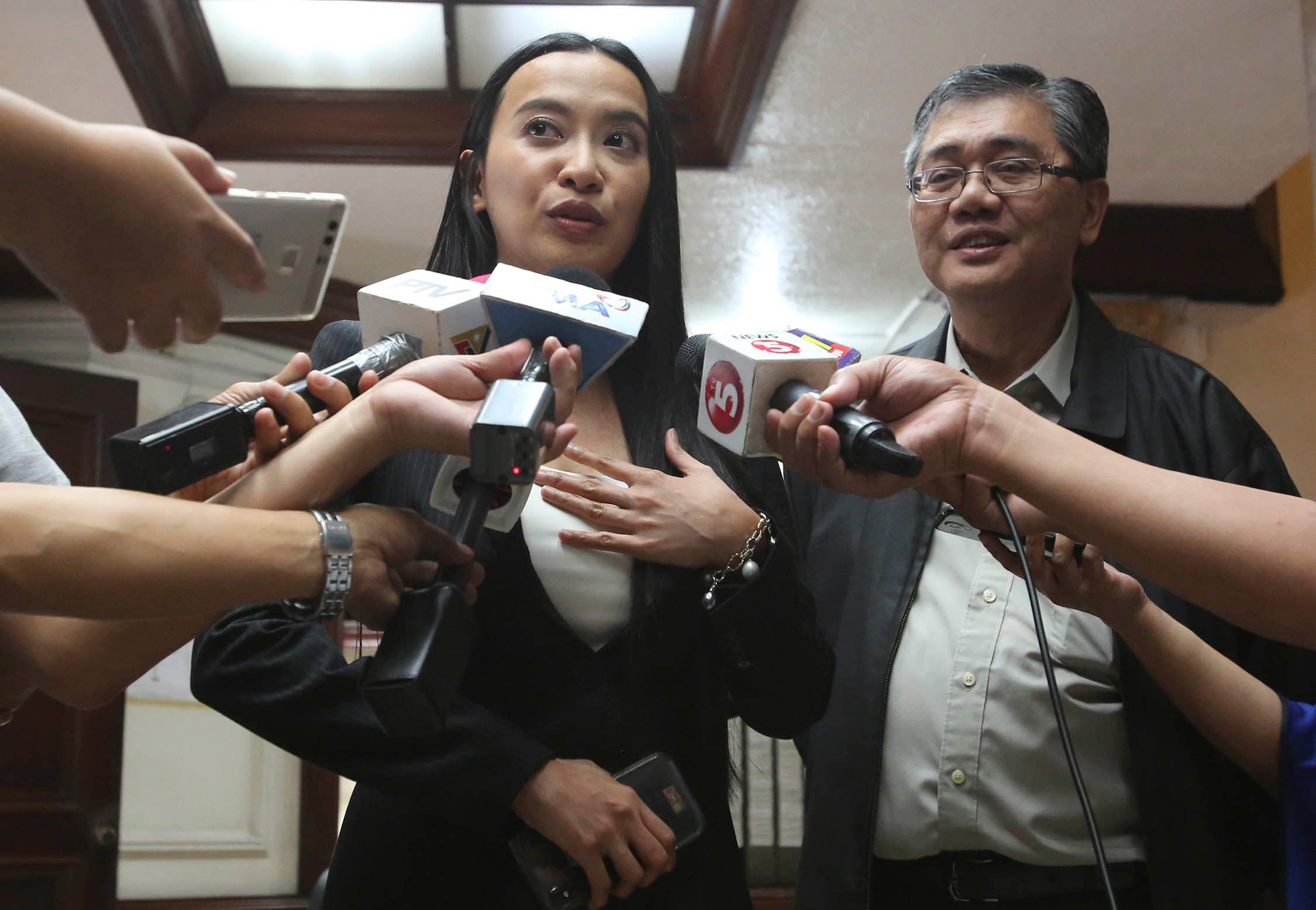 FEDERALISM PITCH Mocha Uson, assistant secretary for presidential communications, talks about how to increase public awareness of federalism in Malacañang on Friday. With her is Conrado Generoso, spokesperson for the consultative committee that drafted the proposed federal Constitution. —JOAN BONDOC

The director general of the Philippine Information Agency (PIA) has called on Communications Assistant Secretary Mocha Uson to take a leave of absence amid controversies surrounding a viral lewd video on federalism.

Harold Clavite, chief of the country’s primary development communications arm, made the call amid Uson’s most recent blunder on the Duterte administration’s campaign for a shift to a federal form of government.

In a Facebook post on Tuesday evening, Clavite said that a public apology from Uson, as an official of the Presidential Communications Operations Office (PCOO), is “paramount.”

In addition, Clavite said that Uson should take a leave of absence to “reflect on these matters.”

“On the heels of PCOO Assistant Secretary Mocha Uson’s latest blunder on the Administration’s campaign to push for federalism, a public apology from the PCOO official is paramount,” Clavite said.

“I respectfully urge Ms. Mocha Uson to take a leave of absence to think and reconfigure all her strategies putting into consideration the code of conduct and ethical standards that all public officials should adhere to,” he also said.

Clavite branded Uson’s viral video on her blog on Facebook as “not only a seeming insult to our profession in communication and public information but also degrading to the women and mothers in our communities.”

“We have been sitting idly by for too long, and it is about time that someone speaks up and hold erring officials accountable for repeatedly tarnishing the reputation of our government,” the PIA director general said.