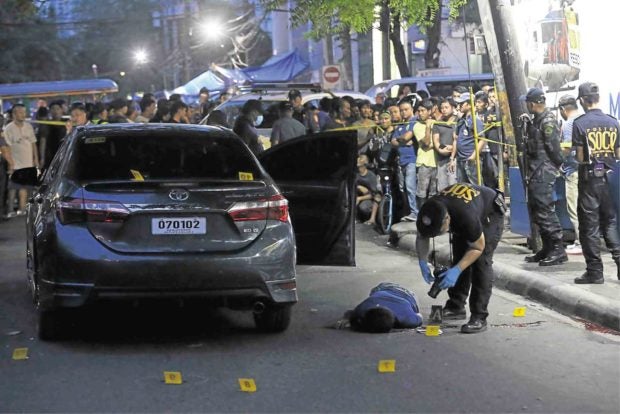 CEBU CITY — The period covering February to July was bloody for Cebu as the death toll in gun-related violence in the province reached 112.

Of the number, 92 people were gunned down by unknown assailants, many of whom were masked men on motorcycles, while the rest were killed during police operations.

Most of these killings remained unsolved.

Cebu Archbishop Jose Palma appealed to authorities to seriously address the series of killings and fight the culture of impunity in Cebu and other parts of the country.

“What is happening now is very sad and unfortunate. It’s as if life no longer has any value,” he said.

“I appeal for an end of this culture of impunity. It brings sadness and tears to the families of the victims, and it does not give a good picture of our country,” he added.

Nine policemen, including three killed in police operations, were among the victims. The rest were shot dead by unknown assailants.

Police records showed that most victims were killed in Cebu City with 27; Lapu-Lapu City, 24; Mandaue City, 12; Talisay City and Minglanilla town, five each; Balamban town, four; and Carcar City and Barili and Liloan towns, two each.

One person was killed each in the cities of Danao and Naga as well as the towns of Dalaguete, San Fernando, Alcantara, Alegria, Toledo, Tabuelan and Borbon.

In police operations, Cebu City posted the most number of deaths at six, followed by Talisay and Mandaue cities, four each; Minglanilla and Lapu-Lapu City, two each; and Dalaguete and Carmen towns, one each.

Six of the fatalities were women.

Four minors were also killed, including Bladen Skyler Abatayo, 4, who was hit by a stray bullet during a botched police operation at Barangay Ermita in Cebu City on July 10. 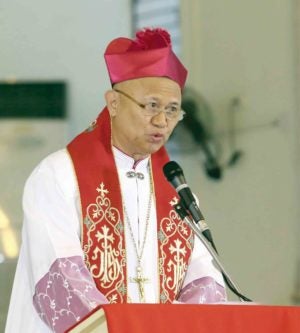 What is happening now is very sad and unfortunate. It’s as if life no longer has any value
Jose Palma
Archbishop of Cebu

Cebu City Mayor Tomas Osmeña said vigilantes, who were allegedly enjoying police protection, could be behind the series of killings.

Police officials, however, denied the allegation.

“There are people here with police protection who are going around killing people. I’m not a great detective but that’s what it smells like,” Osmeña said.

He also lashed out at officials of the Central Visayas police for failing to stop the killings as well as unmasking their perpetrators.

He slammed the chief of the regional police for purportedly twisting facts to protect a policeman and an anticrime volunteer who were accused of trying to ambush Barangay Tejero councilman, Jessielou Cadungog, on July 30.

Two weeks ago, Osmeña received a text message from an anonymous sender warning him to be careful since there were plans to kill him and Cadungog.

Osmeña had postponed his trip to the United States, supposedly to undergo surgery, so he could attend to concerns regarding the peace and order situation in the city.

“It’s alarming, very alarming. If there was only one or two incidents (killings), that’s normal. But when you see there are many, and there’s a pattern, my conclusion is that criminals now are not afraid,” he said.

“I agree that there is a significant increase in the incidents of extralegal killings particularly in Metro Cebu, and all of these boil down to a single reason: man’s natural inclination to disrespect human rights and the rule of law,” he said.

The commission has investigated at least 70 cases of alleged extrajudicial killings in the region. Of these, at least six, which involved either policemen or operatives of the PDEA, were elevated to the Office of the Ombudsman.

Leo Villarino, CHR chief investigator in the region, said he understood the public sentiment on the slow pace of justice in the country but cautioned people against taking the law into their own hands.

Supt. Reyman Tolentin, spokesperson for the Central Visayas police, assured the public they were not sleeping on their jobs.
“Please give us time. We can’t solve the killings overnight. Every killing has its own particular circumstances. We will try to look into all the angles as we ask our investigators to dig deeper into each case,” he said.

He said their reports indicated that rival drug syndicates were attacking one another as the government intensified its war on drugs.