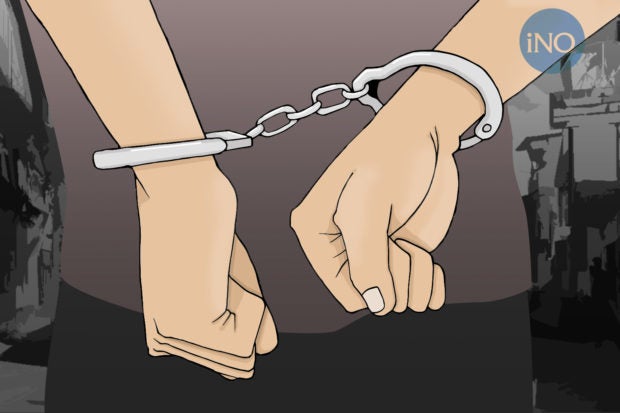 ILOILO CITY—The parish priest of Dumarao town in Capiz is facing a criminal complaint after firing an unlicensed gun at a group of teenagers in an altercation over the weekend.

The Capiz Archdiocese has appointed Fr. Robert Alba as parish administrator and initiated canonical proceedings to investigate the incident and determine any administrative liabilities of Lim.

Lim was arrested near midnight on July 28, after he fired a gun at a group of teenagers who had parked their motorcycles in front at the church compound.

The priest had an altercation with the teenagers after he scolded them for parking the motorcycles near the convent.

He was later brought to the St. Anthony College Hospital in Roxas City after his blood pressure rose. He remained confined at the hospital as of Thursday.

Lim admitted firing the gun, which had an expired license, at the group of teenagers. He later surrendered a .45-caliber pistol, according to Chief Insp. Juvy Cordero, Dumarao police chief.

Cordero said the group of teenagers will not file a complaint against the priest after he apologized to them.

In a statement to its flock, the Capiz Archdiocese expressed “sorrow and regret that this unfortunate incident happened.”

“We assure our faithful that we will respect and abide by the law and legal procedures. We further assure that the Archdiocese of Capiz is undertaking canonical procedures to investigate the incident and address the matter. We appeal for your continued prayer,” according to the statement released by Fr. Jose Arturo Emilio Arbatin, archdiocesan social communications director.

Arabatin said Lim can still function as a priest but administrative matters will be supervised by the parish administrator. /jpv